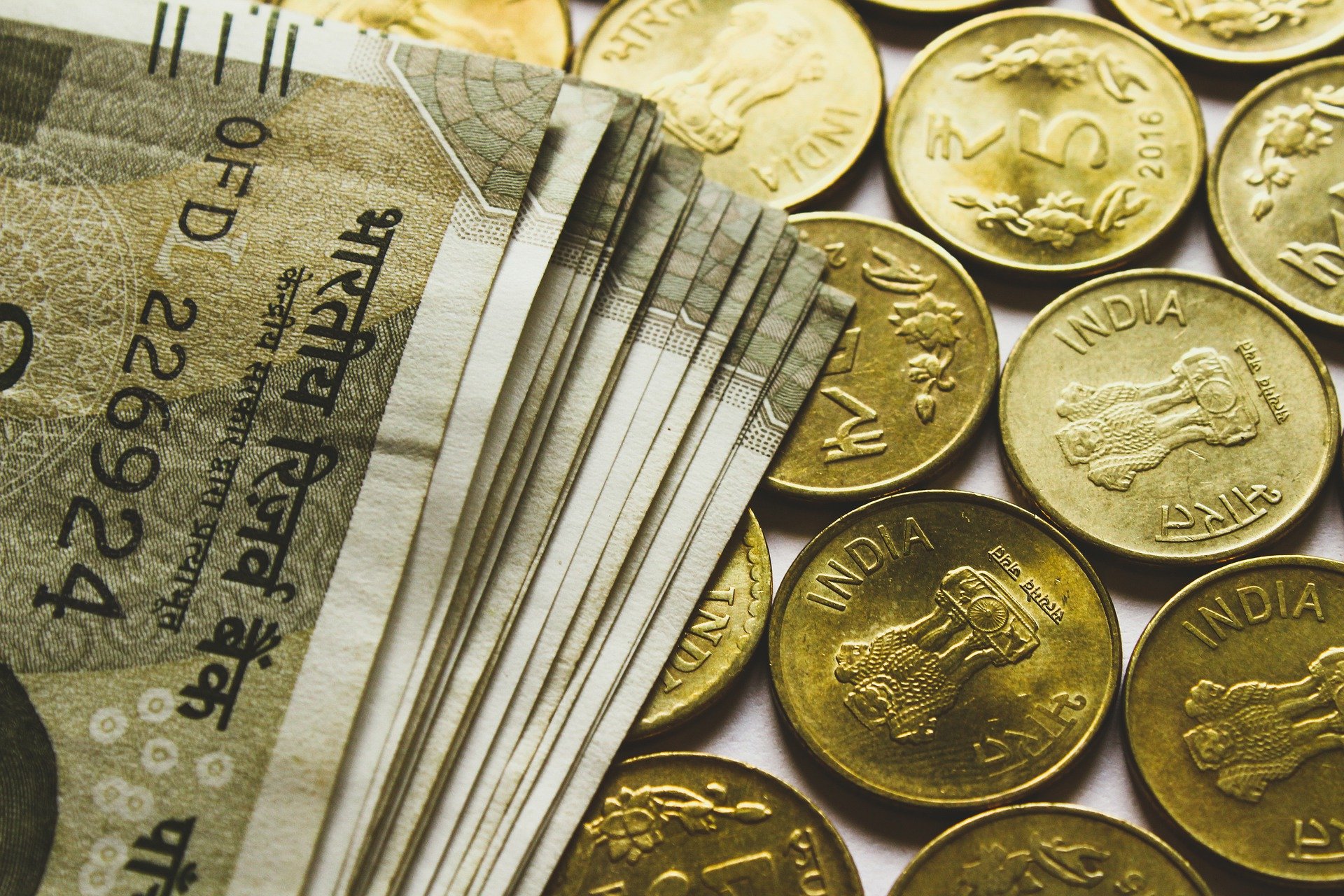 The State of the Indian Economy

The first chapter of this year’s economic survey begins with an overview of the ‘State of the Indian Economy’. The main finding would be that the economy is expected to register a growth of 9.2% for the current financial year, which would mean that the economy has returned to pre-pandemic levels. This has been a common term used not only in this chapter but throughout the survey and the budget. It might do well to remember that all this means is that in nominal terms the production numbers of the economy have recovered to the figures seen before the pandemic hit. It does not mean there has been growth, only recovery.

According to the survey, agriculture suffered no negative growth during the two lockdowns and registered rates of 3.6% and 3.9% during the two financial years. While this is true, the survey fails to mention the fact that the expected growth rate during 2020-21 was 5.4%. On top of that, the figures shown in the survey fail to acknowledge the fact that the high inflation seen over the last two years has meant that farmers incomes have not grown at all.

Industrial activity on the other hand did rather well to bounce back to the levels that it did, at first falling by only 7% and being expected to grow by nearly 12% the year after. Most of the growth has been propelled by manufacturing, mining, and construction, all of which took a big hit during the two lockdowns. These sectors have returned in full swing ever since and the numbers are there to back that up.

The same can not be said of the services sector which is still lingering below its pre-pandemic levels. The government has been criticised for not providing adequate support to this sector which employs around 1/3 of the country’s working population. ‘Trade, hotels, transport, communication and services related to broadcasting’ took the biggest hit, falling by a massive 18.2% in 2020-21. Since then, the recovery has been poor with growth for this year expected to be a mere 11.9%. Despite this, it remains the fastest-growing employment generator of any sector in India. A big reason for why that is has to do with the quality of jobs on offer, which are typically low-skill and low-wage jobs. Many have been pushed into working these jobs in order to make ends meet during the pandemic, which is not a good sign. For years the government has been urged to rebalance the workforce with more people working in manufacturing, but this is yet to have happened. 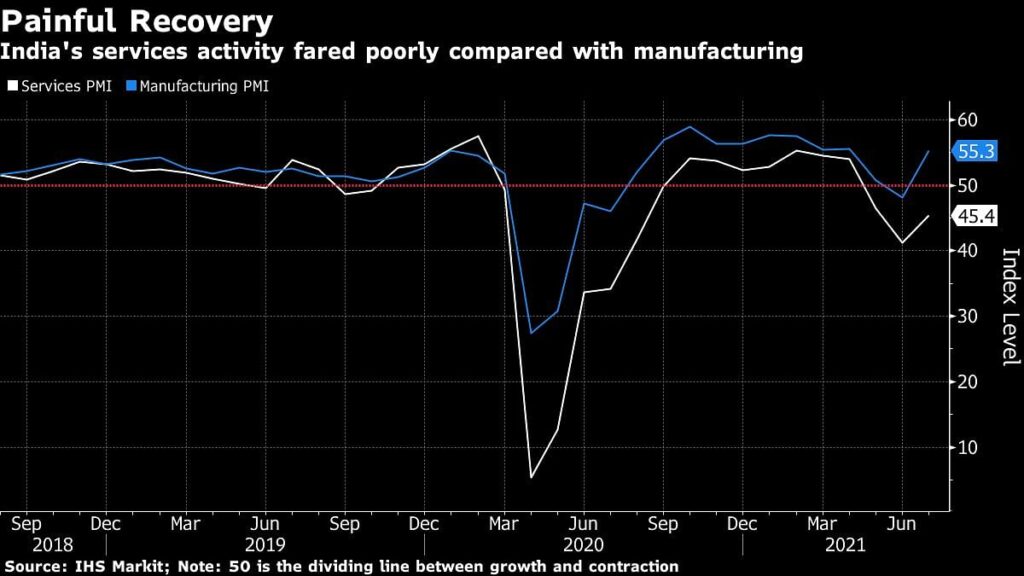 Moving on to the demand side of things, private consumption was badly affected during the pandemic and it has also failed to recover to pre-pandemic levels since. The survey shows that private consumption fell by 9.1% and has thus far only recovered by 6.9%. A big reason for this has to do with the extent to which incomes have fallen. In December of 2020, it was reported that the incomes of salaried workers fell by 35% while that of daily workers fell by 75%. The government did initiate direct transfers in some cases to the most vulnerable but this has not been enough.

With regards to investment, the survey believes that the overall growth for this year will be in the range of 15%, bringing investment back to pre-pandemic levels. Much of this is due to the governments capital expenditure which has spurred on construction and infrastructure development. Foreign direct investment (FDI) continued to be strong despite the pandemic which also gave confidence to domestic investors. The stock markets grew at a rapid pace after a dramatic fall during March and April of 2020. The main issue, perhaps, is the fact that a majority of the investment went to the IT sector which shows a lack of diversification. Energy and pharma also did well, but the rest of the economy struggled. The pandemic seems to have only further exacerbated this occurrence.

Exports and imports as a whole have done really well during this financial year. Exports are expected to grow by 16.5% while imports will likely grow at 29.6% for the year. Much of the growth in exports has been fuelled by services such as professional and management consulting services, audiovisual and related services, freight transport services, telecommunications, computer and information services. With regards to imports, it may appear to be surprising given the state of private consumption. While private consumption has not recovered, government consumption has gone well past pre-pandemic levels. One of the factors at play here has to do with the rising cost of crude oil. A big percentage of the growth of imports this year has been a result of crude. This has caused the country’s current account balance to turn negative, albeit only slightly at -0.2%. The government believes that the deficit might widen owing to higher inflation and uncertainty regarding the pandemic, but will aim to keep it within manageable levels.

Government Is Confident It Can Deal With Inflation

The chapter then makes a comparison between certain metrics observable today and the same metrics during the financial crisis of 2007-08 and the taper tantrum period of 2012-13. In most cases, the economy fares better today, and the point that is being made is that the economy is well placed to deal with a crisis. The section is included primarily to provide optimism to those concerned that if inflation were to continue to rise, the economy will be able to maintain stability. For instance, forex reserves touched $634 billion by the end of 2021. The balance of payments has remained in surplus over the last two years and FDI inflows have continually improved as well. The government is of the opinion that such figures indicate that the country will be able to withstand a global credit crunch if that were to be the case. While the numbers are there, those in charge will still have to make the right decisions at the right time. 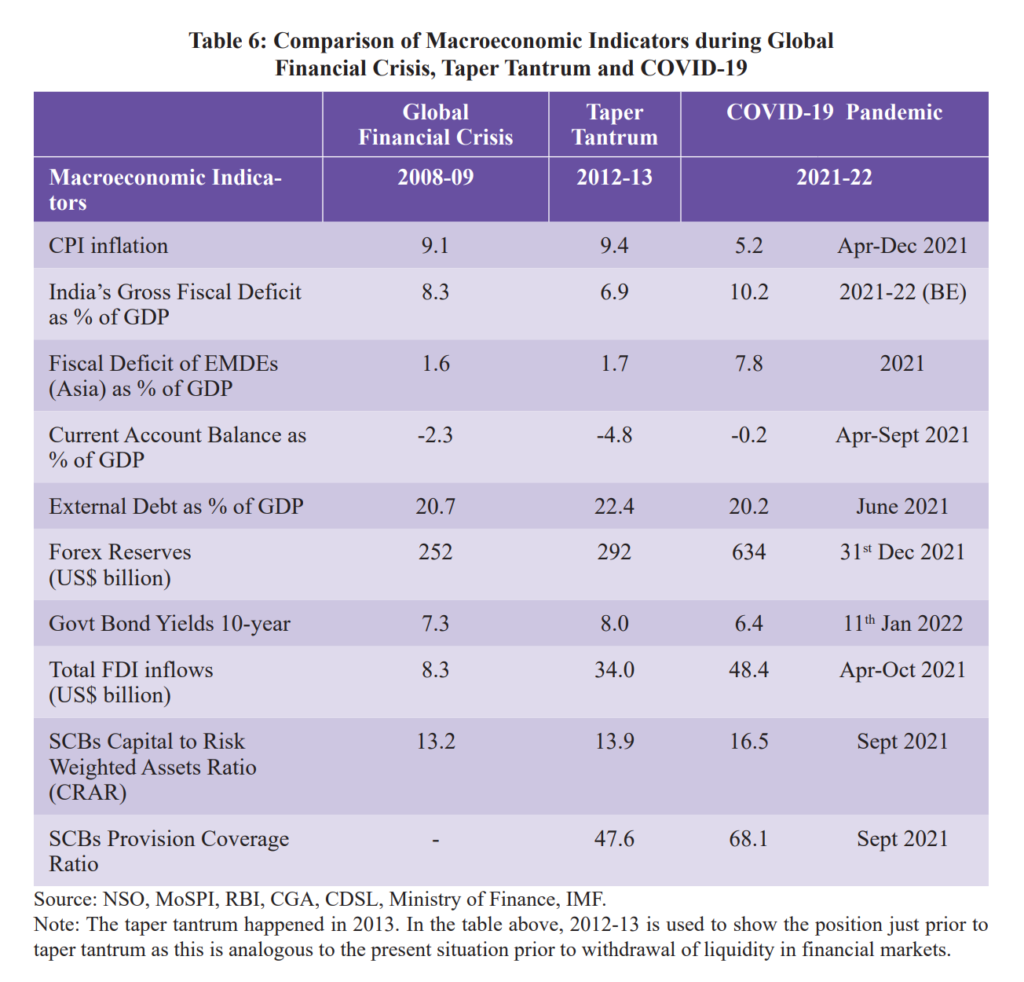 The fiscal balance of the country has improved despite increased spending owing primarily to the record increase in GST collections over the last year. The April-November period saw receipts increase by 67% compared to the same period the year before, against an expectation of just a 9.6% increase. With the deficit faring better than the previous two years, the government is confident that it can ramp up capital expenditure in this year’s budget.

The financial markets also had a good year especially in the case of IPOs with nearly Rs. 90,000 crores being raised through 75 IPOs. The Indian markets performed better than its peers (other emerging markets). The total number of non-performing assets (NPAs) continued to decrease this year, although the health of the banking system still needs to see a lot of improvement. Compared to the figures seen during the early 2010s, the total numbers of NPAs continues to remain high. The government, however, is confident that the banking system is well capitalised to facilitate the revival of the economy.

Inflation is rising clocking in at 5.6% in December of 2021 but this is still within the range of tolerance. To keep inflation under control the government has announced a number of supply-side reforms. The reforms mainly revolve around deregulation with privatisation and the removal of the legacy tax being amongst the changes that have been enforced.

The government has also stated that it will focus on simplifying processes across industries rather than rely solely on minimising government involvement. Production linked incentive schemes from 13 different sectors have been introduced along with a number of structural reforms in the telecom sector.

The government has also simplified definitions regarding MSMEs and has mde the registration process simpler to follow. While these reforms have the right intention, it remains to be seen how effective they will be over the next year or two. Supply-chain issues continue to persist all around the world, and while it is important to encourage production these policies do not tackle the cruz of the problem which lies in logistics. The US, for example, has decided to begin construction on semi-conductor manufacturing plant so as to not have to rely entirely on South Korea. The reforms introduced by the government will soften the blow, but inflation is likely to continue remaining a problem. 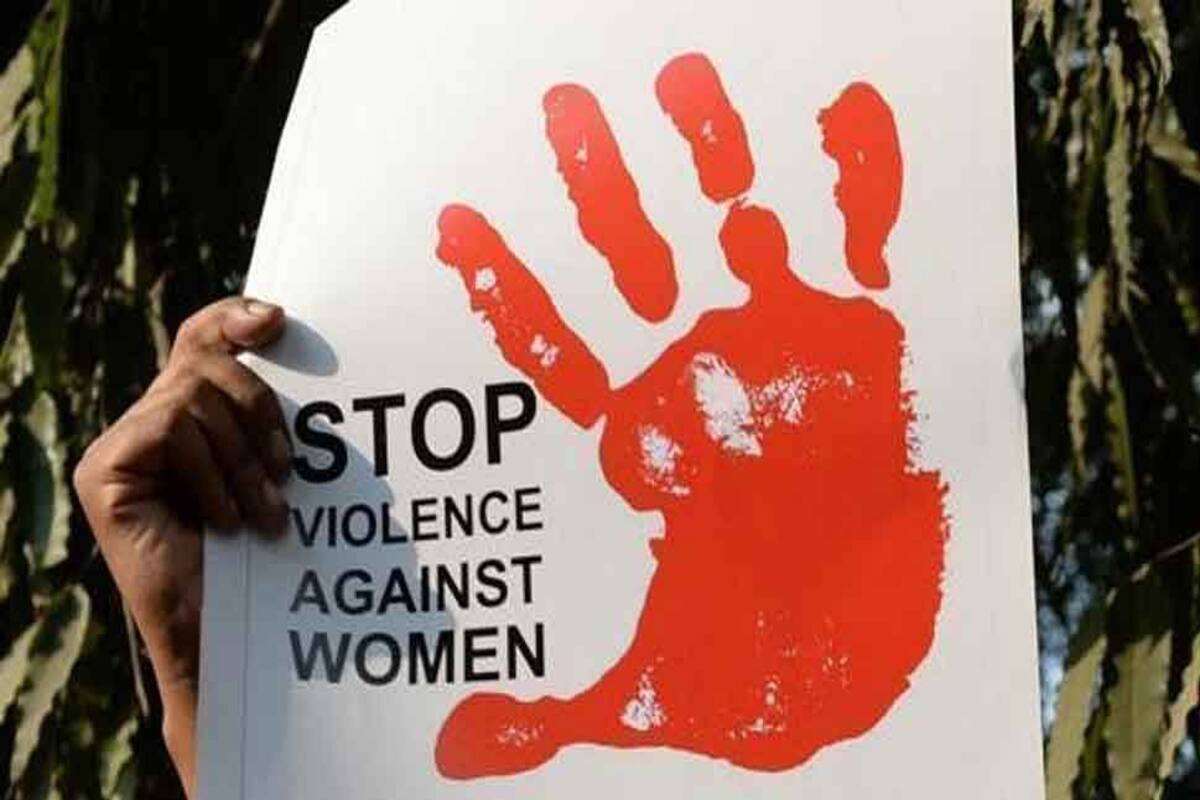 What Happened To The Nirbhaya Fund?