The Rise and Rise of Nykaa

Nykaa’s IPO debut last week turned heads across the investing community in India as the company’s shares listed at a nearly 80% premium. It ended the day at 96% above its issue price, making Falguni Nayar, the company’s founder, India’s richest self-made billionaire amongst women.

Having founded the company in 2012 after giving up the position of managing director of Kotak Mahindra’s institutional equities division, Nayar took a plunge into the unknown. She had been an investment banker for nearly two decades, but had no experience in e-commerce or the beauty business. Her reasoning for choosing this sector was that she wanted to get involved in a nascent industry rather than compete with established players. 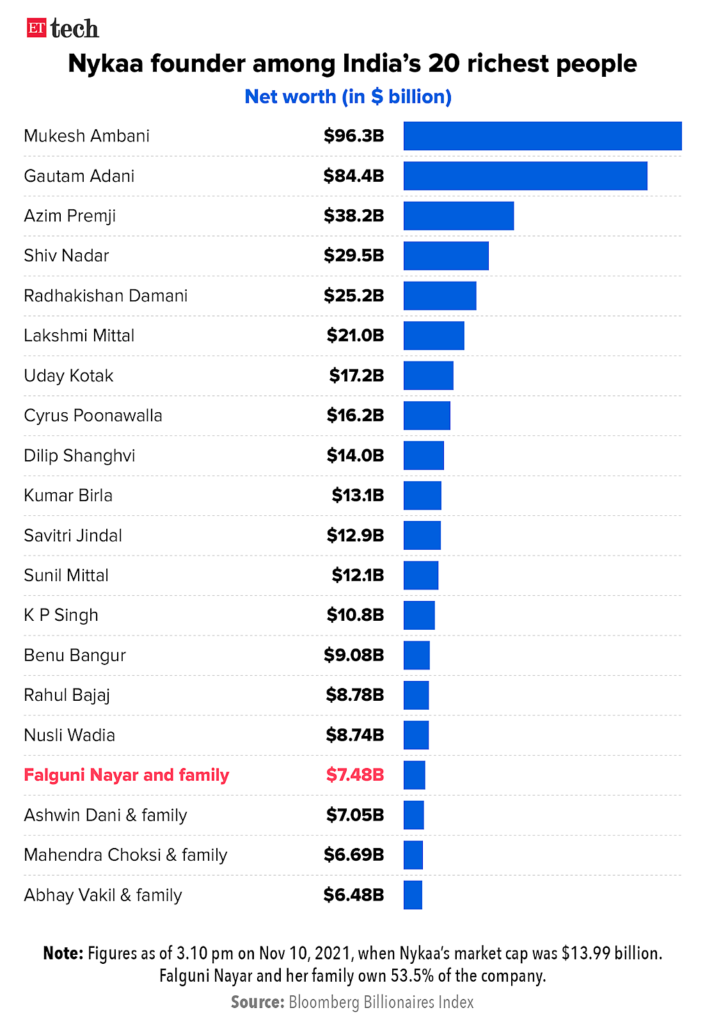 Born into a middle-class Gujarati business family, Nayar’s path appears to have been charted out from the very beginning. She recalls family conversations around the dinner table primarily about the stock market, investments, and trade. She studied at IIM-Ahmedabad where she met her husband Sajay Nayar, an investment banker himself. Sanjay worked at CitiBank before taking up his current position as the head of KKR’s Indian arm, a global investment firm based out of London.

She started her career at A.F Ferguson & Co. before joining Kotak Mahindra where she would go on to spend 18 years as a banker. She rose through the ranks to become managing director in 2005. In 2012, she explained to Uday Kotak that while she was happy with her job at the company, she wanted to try something new. Uday pressed her on what venture she was looking to undertake, but Nayar merely assured him that she won’t be in competition with him.

Based on Uday Kotak’s book, it is clear that he valued Falguni Nayar as an employee. When she wanted to join her husband who was to move to London to work with KKR, Uday asked her to stay in the company and instead start a Kotak Mahindra office in London. When she once again had to move to New York, Uday directed her to open another branch in the US. Despite having a comfortable life, Nayar felt the need to do something of her own, and thus the birth of Nykaa happened in 2012.

She initially invested only hers and her family’s wealth in the company. Starting off with $2 million, she was against seeking funding until she became confident in the company’s numbers.

Nykaa capitalised on certain trends which have resulted in its enormous success today. The first being the increasing use of the internet by Indians, especially over the last decade. With Amazon and Flipkart already proving that Indian’s were comfortable with ordering all kinds of goods online, it was only a matter of time before the beauty and cosmetics sector adopted the e-commerce route. Besides this, the use of social media has soared. Nayar and her team not only brought along the likes of Katrina Kaif and Alia Bhatt as brand ambassadors, but they also partnered with internet celebrities and social media influencers such as Dolly Singh and Debasree Bannerjee.

With aspirational spending on the rise along with internet use, the strategy of promoting Nykaa’s brand through social media influencers is exactly the kind of combination that can and has delivered success in India. Nayar also understood the importance of allowing customers to try certain products before purchasing them, and this was one of the main reasons as to why she decided to open physical stores. There are currently 80 Nykaa stores across 40 Indian cities.

According to Nayar, her adherence to three principles is what led to Nykaa’s success. The first is maintaining a strong relationship with the company’s brand partners, the second is developing a focus on creating customer delight rather than conversion, and lastly, building the business sustainably. 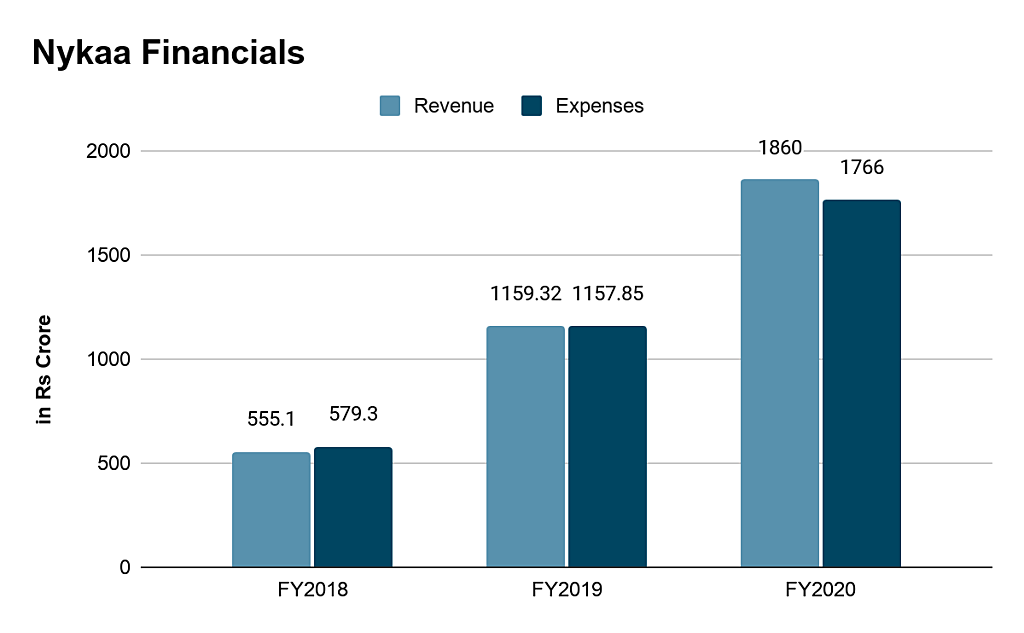 The first real challenge that Nykaa faced was during the Covid-19 pandemic. Interestingly, the recovery was fueled by demand from Tier-2 and Tier-3 cities. These cities contributed to 59% and 64% respectively of Nykaa’s revenue in FY20 and FY21. Lockdowns forced consumers to go online, with e-commerce penetration increasing by 1.6 times during that period. Nykaa, along with other e-retailers, certainly benefited from this. E-commerce penetration in India is currently only 5%, whereas in the US and China it is 23% and 11% respectively. The full potential is yet to be realised, meaning that companies like Nykaa will continue to grow.

One of the things that makes Nykaa stand out in the Indian startup space is that it is profitable. It reported a net profit of Rs. 62 crores during FY20-21. Some critics have pointed out that Nykaa’s valuation right now is unsustainable. For example, Nykaa’s PE ratio, which is simply the ratio between a company’s share price and its earnings per share, is currently at a staggering 1,745. Companies like Zomato, which would be in Nykaa’s peer group, have a negative PE ratio. Analysts believe that Nykaa will now have to fight to justify its value, and whether it can achieve that or not remains to be seen.

One thing that is for sure is that the management at Nykaa is reliable. If people are to invest in the company, then they will do so because of their confidence in those running the company. Thus far, Nykaa’s story has been impressive. With the size of the personal care market in India estimated to keep growing, and Nykaa having made an early start in terms of capturing market share, the company may actually be able to live up to shareholders expectations. 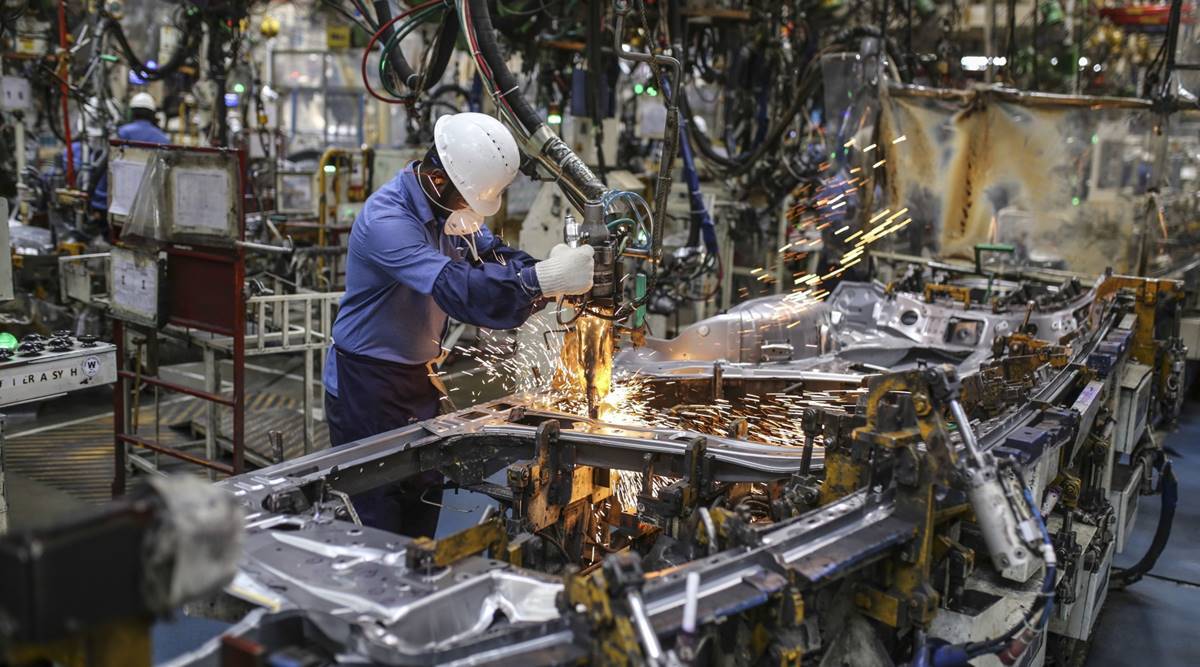