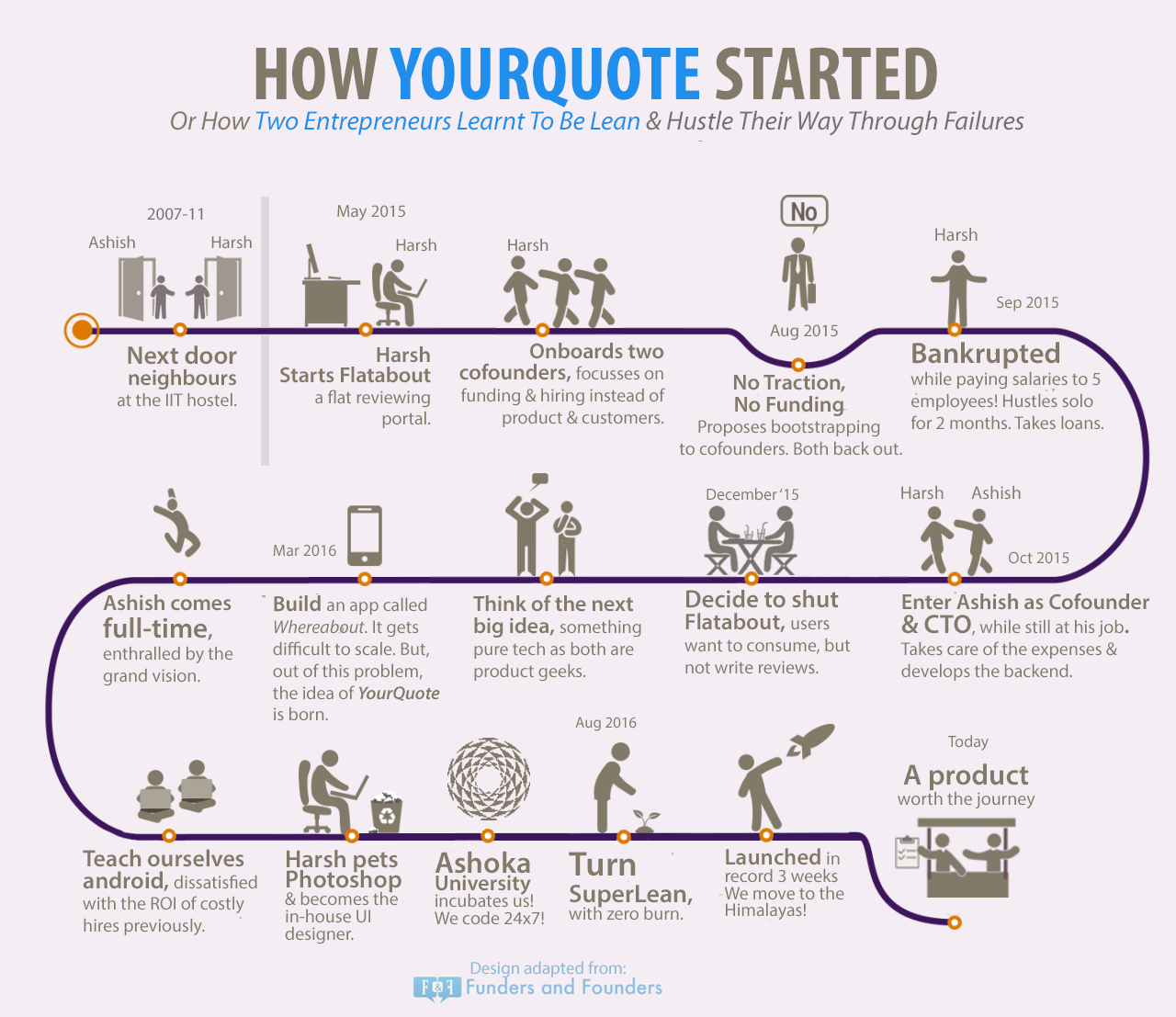 YourQuote Solutions Pvt. Ltd, a user generated content platform, said it has raised $1 million in a seed funding round led by IDG Ventures India with participation from Atul Goel of the Essel City Group, and Axilor Ventures.

YourQuote is a mobile app available on iOS and Android. It allows users to create and share short quotes or text in English and 15 other languages.

The company will use the money to expand into video-based content creation, and scale its offline activities nationwide. Currently, the app has around 500,000 users with more than 4.5 million posts with presence in over 90 cities in India.

YourQuote’s co-founder Harsh Snehanshu said the company will launch a new video creation and sharing feature on the app by end of December. It will allow users to create and share short one-minute videos within the app. It claims to have 50,000 daily active users.

“If you look at the content sharing platforms available, most of them are web-first like BlogSpot, WordPress and others. And it’s not really made for creating content for mobile users, and that’s the problem we are trying to solve. It’s too difficult to compose and create content on mobile using platforms that are tailored for web. So we started off this platform a year ago, with a mobile-first approach,” Snehanshu added. The company plans to monetize using native advertising.

“We believe we have the right product at the right time along with the right team to capture the vast vernacular market that has opened up thanks to Jio. The two categories, vernacular digital write-ups and digital video content, are fast-growing verticals and our team is perfectly poised to take on this opportunity,” added Ashish Singh, chief technology officer of YourQuote.