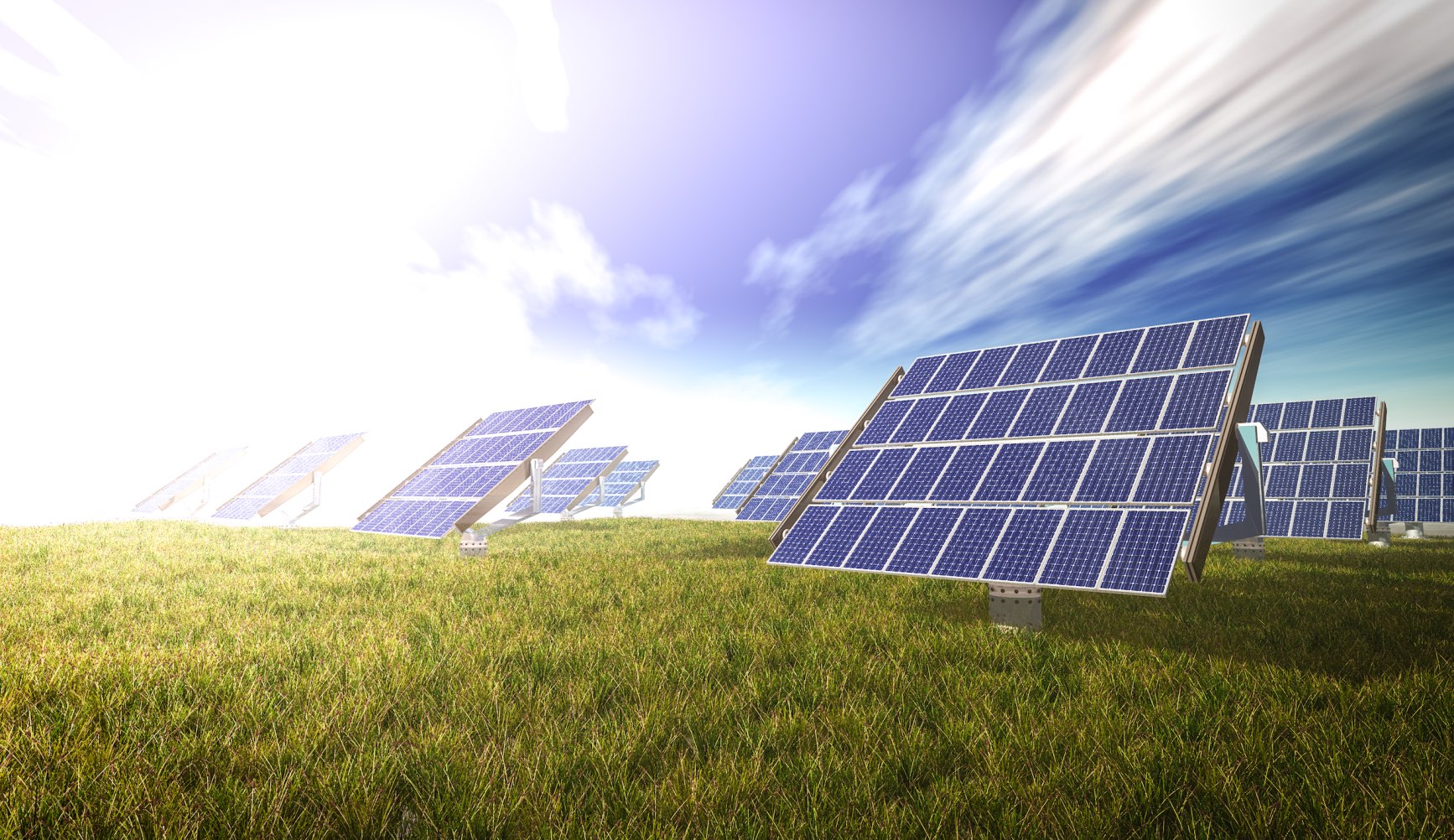 The Role Of Minerals In The Transition To Clean Energy

Collective action to deal with the realities of climate change is now no longer a debate. Countries have signed on to various agreements which will see them reduce their dependence on carbon-based energy sources. While this will happen across various timelines depending on the nation in question, one thing that is for certain is that countries will have to begin using clean technology sooner rather than later for most of their energy needs. Electric vehicles, wind, and solar energy, will become the norm.

While there will be a reduced dependence on carbon-based energy sources such as coal, there will be an increase in demand for the raw materials needed to produce clean energy tech. This includes metals such as copper, nickel, cobalt, and lithium. A recent paper published in collaboration with economists from the IMF estimates that demand for these metals could resemble the current demand we see for oil. This is only if the world as a whole reaches a point of net zero carbon emissions by 2050, which would mean that we could limit the warming of the globe to 1.5 degrees Celsius. At this temperature, it would be possible to avoid the worst impacts of climate change. 197 countries signed on to the 2015 Paris Agreement deciding to do just that.

Whether all countries will actually reach this goal is difficult to say, as India and China suggested that they would merely phase down their use of coal as opposed to completely phasing out by 2050. Nevertheless, the shift away from coal has begun. In the last decade, we have seen the demand for metals like lithium and cobalt increase significantly, as the development of clean energy tech has improved. This poses both an opportunity and a challenge. On the one hand, there will be an opportunity for countries to make money if they decide to invest in the extraction of these metals, as demand will continue to increase. On the other hand, if prices climb by too high a margin, the transition to clean energy technology could slow down, as they would become too expensive to implement quickly on a wide scale 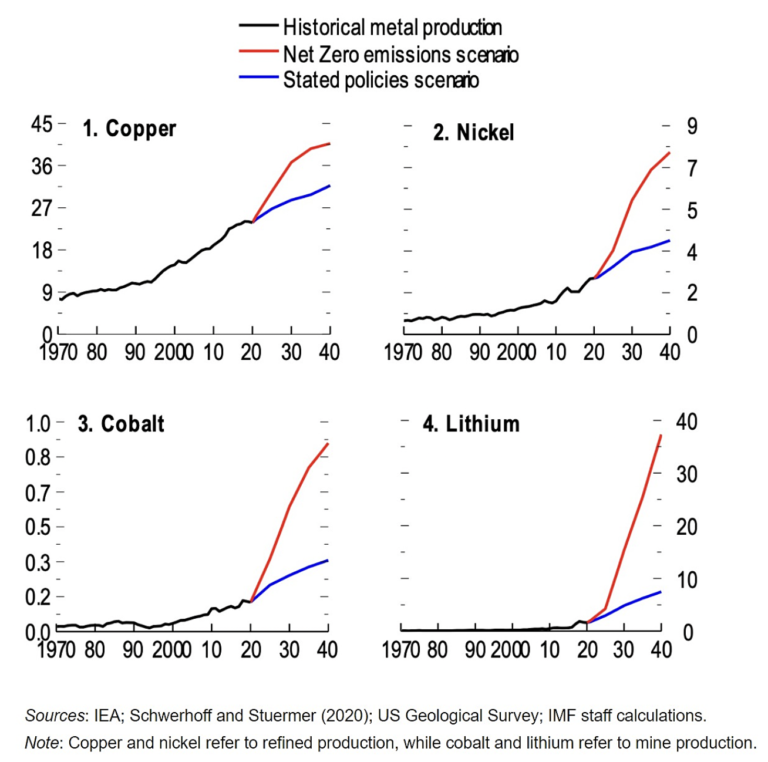 The above graph illustrates predicted production levels of the metals in question in relation to what policies countries choose to employ. The red line shows us just how much production would be needed if nations strive towards a net zero goal by 2050. The research paper estimates that demand will likely far outstrip supply, as the process of setting up a plant and extracting can take several years. If this is the case, the prices of these metals will reach all time highs. We are already seeing what kind of effect that supply chain issues can have on the prices of semiconductors. If something similar were to occur with these metals, it will have serious consequences on the climate which in turn will affect human life.

The most obvious way to deal with the demand would be for governments to invest and encourage investments into mineral extraction and metal processing. As stated, however, this will take time. Recycling is one activity that can help reduce the supply burden. Many of the electric vehicle batteries in use today are expected to reach the end of their first life during the 2030s. This will be at a time when the demand for metals begins to rapidly increase. It is up to governments to ensure that recycling facilities and strategies are in place to make the most out of the materials that are already in circulation. Strategic stockpiling is one such way in which recycling can be ramped up.

Governments can mandate the deposit of old batteries at specified locations, so that they can be recycled at a later date. It will also be important to establish reliable price benchmarks for the metals in question. In this way, people would have little doubt about the value and as such it would become easier to estimate the quantity of materials that will be made available for the recycling process.

One of the issues with recycling is that the different metals are recyclable to varying degrees. Less than 1% of lithium, for example, can be recycled. Aluminum and be recycled extensively, but the amount of the recycled aluminum that is actually used in new products is significantly lower.

In some countries, up to 90% of aluminum can be recycled, although the averages are closer to 70%. Only around 35% of the recycled metal is then used again. The main reason for this is that demand is so high that current recycling rates can only facilitate a small portion. Another is that a fair bit of the aluminum gets lost in the recycling process itself. If we look at cobalt, the recycled content rates are low because the kind of cobalt that needs to be used in batteries must be extremely pure. There are therefore many issues associated with recycled products and the recycling process itself. This can only be alleviated by improving on current practices and producing more usable recycled material, which will take time in research and development.

Latin America and Africa currently contain the bulk of reserves of the minerals that will be in demand. They also only possess a fraction of the processing infrastructure that is needed. Bolivia is estimated to have some 9 million tonnes of lithium embedded within its geographical formation but simultaneously has no accessible reserves. 81 developing countries have been identified where nonrenewable mineral resources will play a dominant role in their economy. The Latin American region can be transformed entirely if it is able to invest in mineral extraction and concurrently develop supply chains linked to the rest of the world. China currently has the best processing capacity for most of the minerals, and as such will play a central role. When it comes to supply, the poorer nations will have to take the initiative. There is of course the potential for exploitation by richer countries, which poses a significant challenge. But there is also the opportunity to enrich oneself.

How these countries will manage their resources remains to be seen. What is for certain is that unless the supply of metals is able to meet demand, the goal of net zero emissions will move further away. It is imperative that the shift to clean energy tech happens as quickly as possible 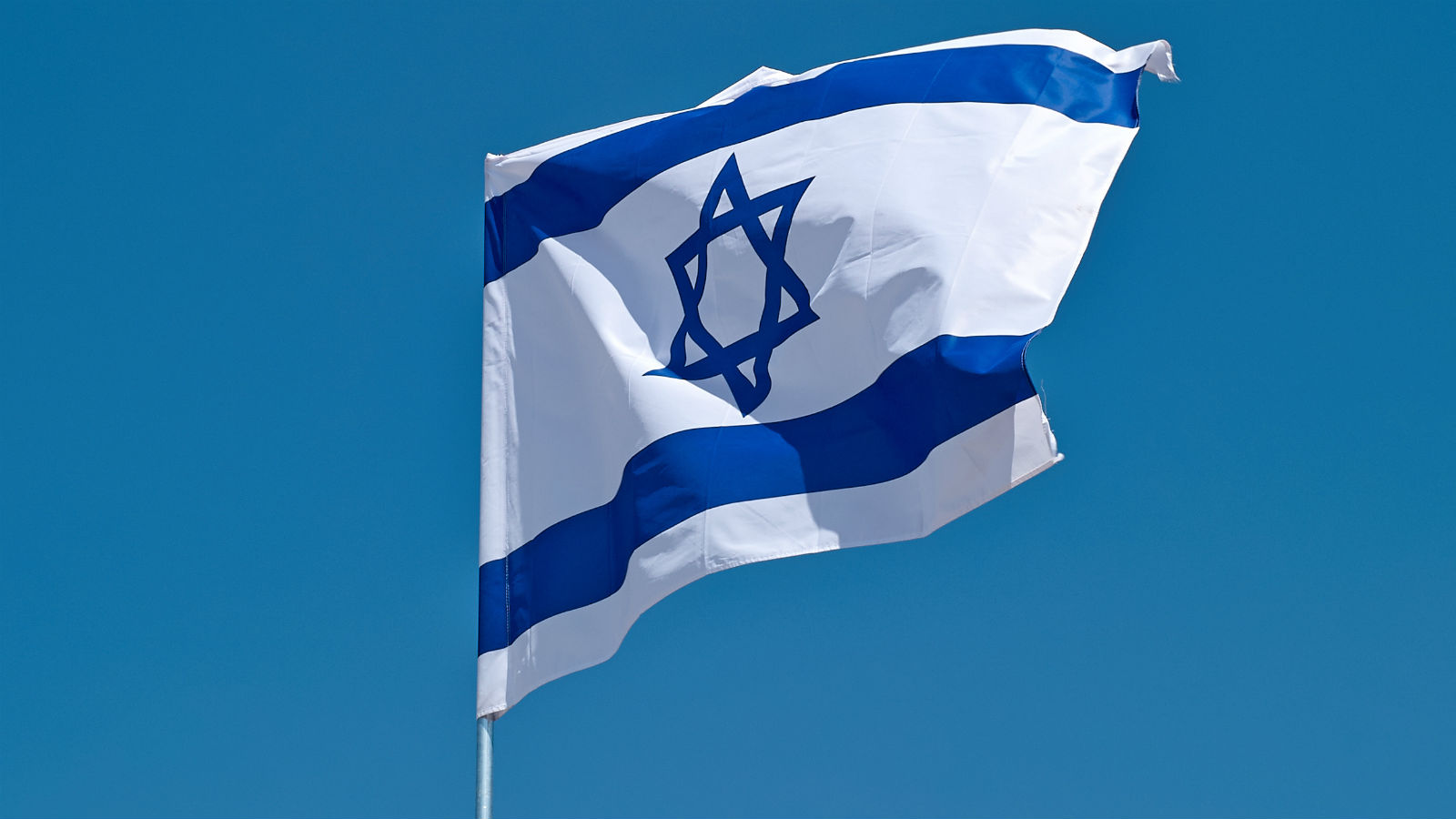