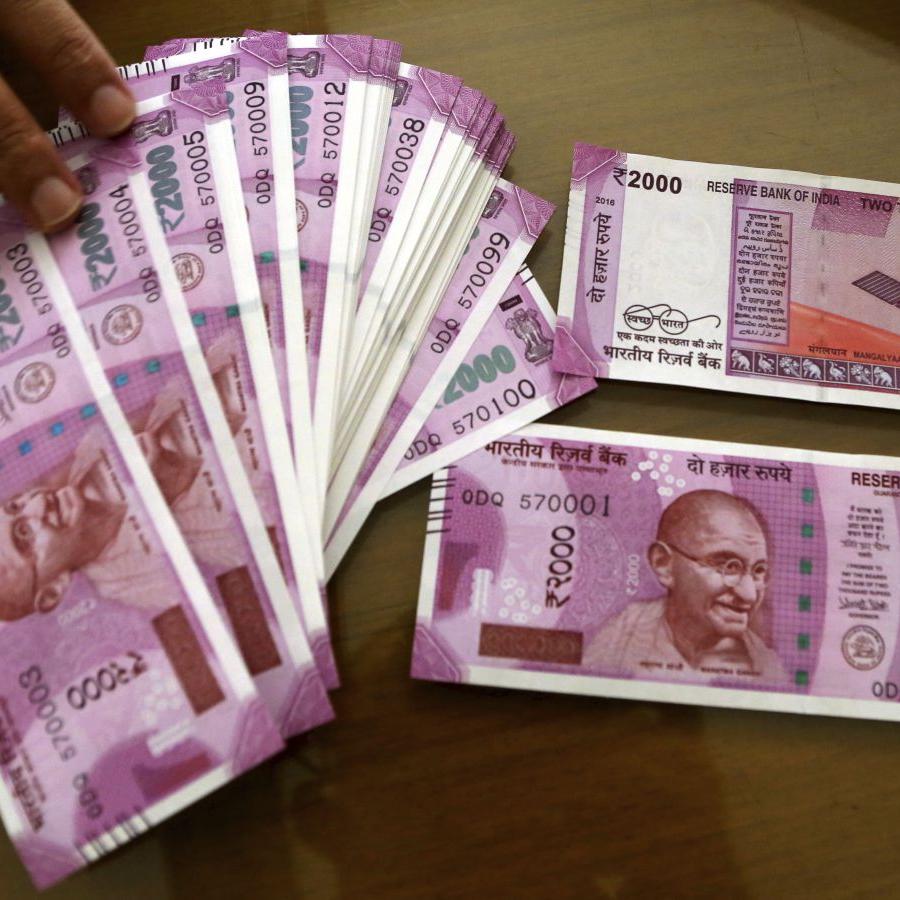 Currency In Circulation Is At Its Highest In 10 Years – Why?

The currency in circulation for the year 2020-21 is the highest the figure has been in almost a decade. This, according to the latest data released by the RBI. The numbers are surprising considering the fact that economic growth has been below par. What explains the sudden increase in demand for cash? According to the RBI, currency in circulation (CiC) as a proportion of GDP is 14.7% this year. This is up by more than 2% when compared to the previous financial year.

In real terms, this translates to a nearly Rs. 2 lakh crore increase in the value of notes in the economy. Historically, the CiC has been positively associated with GDP growth in India, which has taken a big hit as a result of the Covid pandemic. While growth has bounced back this year, it has only done so in relation to the dramatic fall witnessed the year prior. This does not explain why the numbers are the highest they’ve been in a decade. 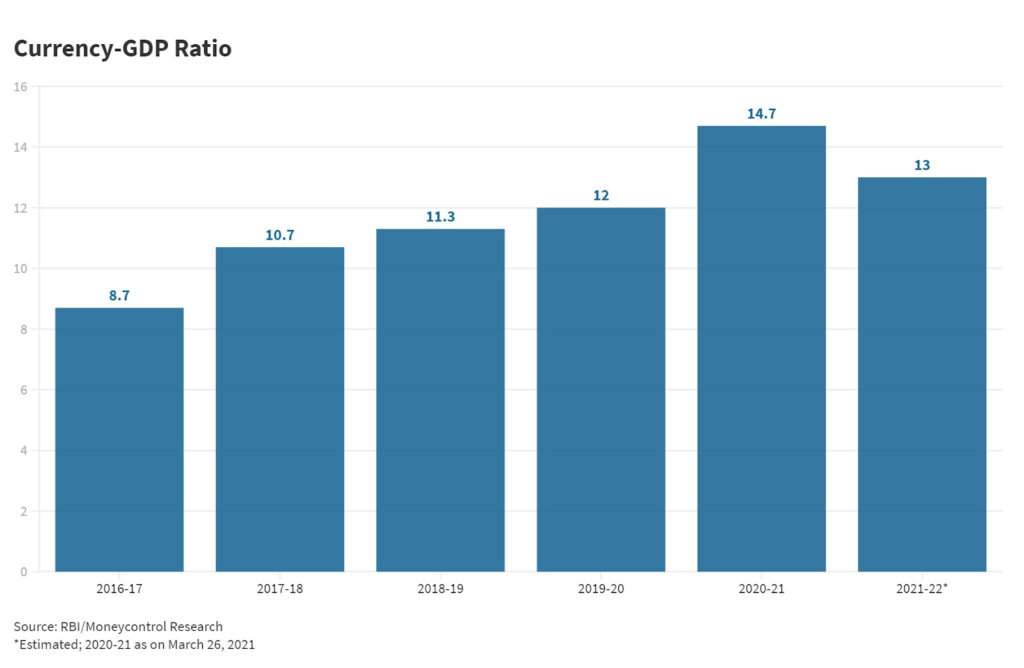 Observers believe that people have had to take on a more cautious attitude towards their finances as a result of the pandemic, and as such preferred to hold cash at home instead of at an institution. This may offer some explanation, but it is not quantifiable.

A 2013 paper published by the RBI sought to explain the determinants of currency circulation in India over a four decade long period. The main factors, according to the study, were the following – GDP growth, inflation, interest rates, financial innovations, and the size of the underground economy.

It has already been stated that GDP growth is not a contributing factor for the numbers seen this year. The inflation rate has been falling steadily since 2010, when it was at nearly 12%. Owing to the pandemic, the rate climbed from 3.7% to 6.6% in just one year, with food and fuel prices being a big reason why. High inflation would discourage people from holding cash as the opportunity cost is high. Since the money is worth less, you would be better off leaving it at a bank or investment fund where it can accrue interest. The inflation rate in 2021 has thus far been 5.6%, which is a slight decrease. This alone should not have such the kind of effect on the CiC that we have seen. 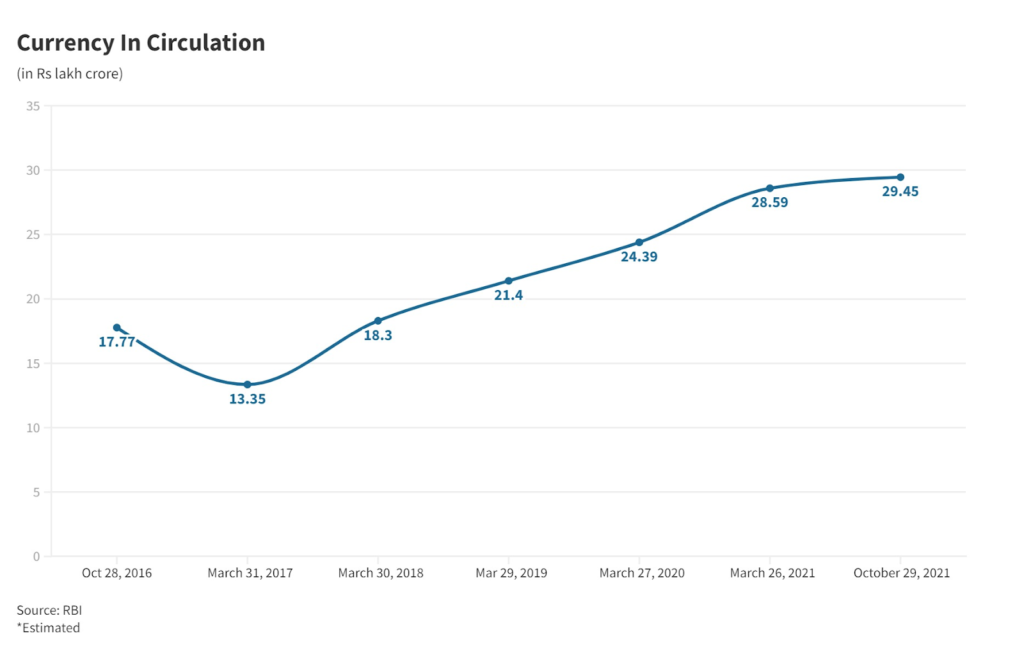 One factor that is likely to explain the numbers, however, is the interest rate. The rate today is the lowest it’s been since 2013, standing at 4.4%. This has been intentionally done by the government and the RBI in order to stimulate the economy. We know that internal debt, which includes commercial borrowings, has increased during the current financial year, according to data released by the Ministry of Finance.

Between 2017-18 and 2018-19, the internal debt rose by only 13.4%, so the increase we see this year is certainly a jump compared to normal standards. The other two factors mentioned in the 2013 paper – financial innovations and the underground economy don’t seem to have much of an effect this year. Digital payments continue to be on the rise, albeit at a slower pace than the initial years, and formalisation of the economy via the GST reform should have curbed the growth of the underground economy. By its very nature, it is hard to measure, and as such estimations would require deeper research.

More money in the economy is a good thing, as it means that economic activity is on the rise and what’s more, people expect it to continue to rise. With India’s vaccination record now having reached satisfactory levels and the worst of the pandemic being behind us (for now), the country might be allowed to resume its normal growth trajectory. 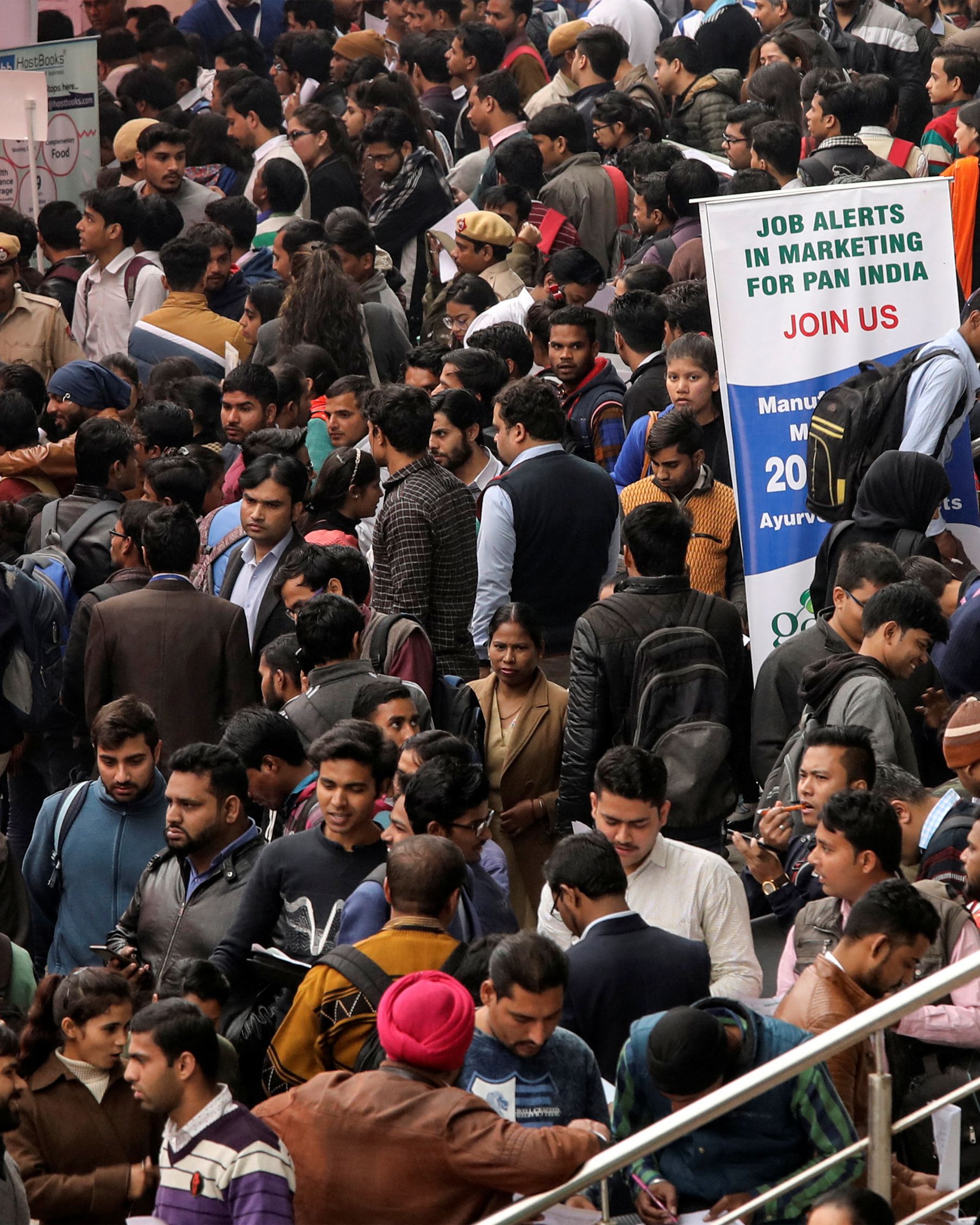 Participation of Women in the Labour Work Force