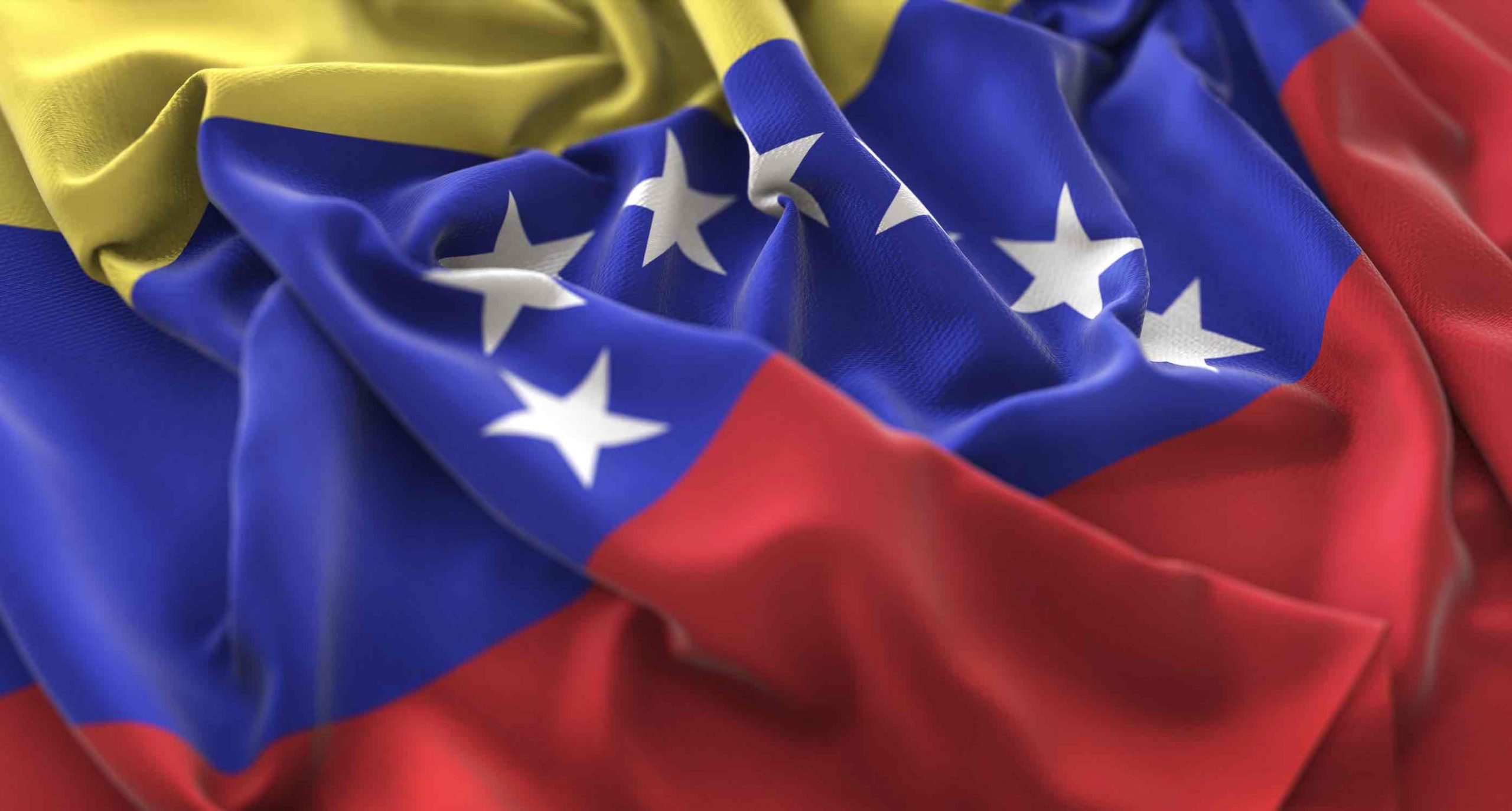 Venezuela : The Tragedy of an Oil-Rich Country

The current state of affairs in Venezuela, the country located in the north of the South American continent, bordered by Colombia and Brazil, is of abject misery. Nicolas Maduro, the country’s disputed president, has over the last few years acquired authoritarian rule over Venezuela. He inherited an economic mess that has under his government reached a point of severity that would constitute nothing short of a crisis. The Bolivar has been rendered worthless through repeated devaluations and the inflation rate has made buying even basic goods such as milk and flour nearly impossible. A scarcely believable 82% of the country’s population has been plunged into poverty.

Venezuela’s greatest resource, which has also been the source of its problems, is oil. A founding member of OPEC, Venezuela is estimated to have the largest oil reserve of any country in the world. More than half of the government’s revenue comes from its petroleum products, which also constitute a third of the country’s GDP. When a singular resource plays such an important role in any given economy, the management of said resource must be almost flawless.

Oil was first discovered in large quantities in Venezuela during the first world war. There had always been suspicions that Venezuela was sitting on an enormous reserve even during the initial days of colonisation in the 16th century. The Spanish had noted how the indigenous population made use of the oil tar that would seep through the ground to waterproof their houses or keep fires going through the night. It was not until massive oil deposits were found at Lake Maracaibo at the beginning of the 20th century when the fortunes of the entire country began to change. For much of the 20th century, Venezuela was the richest and best-performing economy in Latin America. At the same time, the country had to deal with incessant political uncertainty. Dictatorships, military coups, and rampant corruption are characteristics of the political climate of the country even today.

The 1970s saw an oil crisis that resulted in a terrible period of recession for nations that were dependent on others for oil. Inflation and unemployment climbed due to an embargo proclaimed by OPEC. As a result, oil prices shot through the roof. This meant that the oil reserves that Venezuela was sitting on were now more valuable than ever before, causing Venezuelan wealth to soar. The President at the time, Carlos Andres Perez, sought to use the riches generated by the country’s oil to transform Venezuela into a first-world economy. To this end, he nationalised the petroleum industry. He used the money to spend heavily on infrastructure and social welfare and also wanted to invest in the production of aluminum and hydroelectric energy. To finance a lot of this spending, Perez needed to raise the country’s level of external debt.

As the following years would show, the amount of spending that the government undertook was simply too ambitious and the fatal flaw was that the money almost exclusively came from oil. It wasn’t too long before the oil prices dropped and exposed the government for overextending itself financially

The 1980s and 1990s were a period in which life in Venezuela was characterised by poverty, malnourishment, inflation, and crime. Does this sound familiar? It is exactly the situation that Venezuela finds itself in now, and fascinatingly so, for the very same reason. During the 1990s Hugo Chavez led a military coup to depose Perez as president. He was unsuccessful & was sentenced to jail for many years. Rafael Caldera, who took over the reins next, pardoned Chavez in 1994. Chavez spent the next few years travelling around Venezuela to build his profile. He soon became critical of Caldera’s policies and having witnessed a lack of improvement in the economic situation, he made his political intentions more clear. He contested the elections in 1998 and won with 56% of the vote upon promising to embark on social and economic reforms that would greatly benefit the poor.

It wasn’t until 2004 that he could start delivering on his promises. This was when the oil prices went up rapidly, crossing the $100 mark when just a few years ago they were hovering at around $8-$9. Much like the oil crisis of the 1970s, Venezuela once again found itself in a position of enormous wealth and Chavez began spending heavily on social welfare programmes. For a while, his policies produced legitimate results. The national mood improved dramatically and Chavez was hailed as a hero of the masses. The social programmes that Chavez instituted were known as the ‘Bolivarian Missions’ and they focused on education, healthcare, land reforms, rural development, and food and nutrition, amongst a few other things. The life of an average Venezuelan improved, and rising above the poverty line provided contentment to the voters.

Chavez was able to spend beyond his country’s means and not worry too much about a long-term plan as his main goal was to win the support of his populace, which he managed to do decisively. Between 2004-2014, Venezuela once again rose above its Latin neighbours as one of the more prosperous countries of the region.

Oil prices, however, are cyclical. Just as it had three decades ago, the prices began to dip. The unsustainable spending that Chavez undertook was now beginning to catch up with the government. Chavez himself had been battling cancer for nearly two years, and just as the period of prosperity came to an end in 2013, so did Chavez’ life. He passed away in March of that year, and his hand-picked successor, Nicolas Maduro, assumed the office of president shortly after.

The period from 2014 onwards mirrors that of the 1980s and 1990s when life in Venezuela left a lot to be desired. Being under constant pressure to repay its debts, the government was forced to devalue its currency periodically. The inflation rate exceeded a staggering 1 million % in 2018. Social unrest began to take over and Maduro decided to consolidate his position as president by rewriting the country’s constitution thereby giving himself dictatorial power over the country. In fact, the election which he won in 2019 was not recognised as a fair election by most nations, and his political rival Juan Guaido has instead been acknowledged as the acting president of the country ever since. 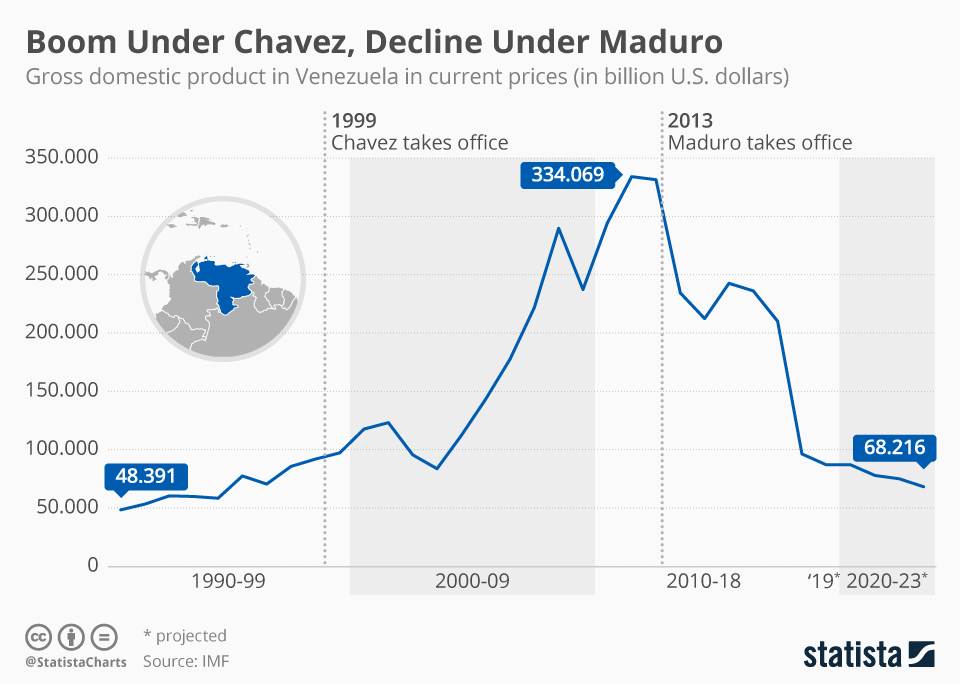 The fact that Venezuela finds itself in almost exactly the same position in the matter of a few decades might leave some scratching their heads for an explanation. There are concepts in economics known as the ‘resource curse’ or the ‘problem of plenty’ which describe the issues associated with a nation being rich in resources but still struggling to achieve economic growth. It has been described as being akin to a lottery winner who struggles to manage their newfound wealth. In a way, Venezuelan leaders have dealt with their oil deposits in a similar manner.

When prices are high and the money is pouring in, the government tends to spend heavily on programmes today and fails to come up with a long-term contingency plan for when the prices invariably drop. Countries like Saudi Arabia, UAE, and some other members of OPEC have realised that oil prices have always been cyclical. One simply can not rely on oil to always pay the bills. As a result, they invest in sovereign wealth funds and try to diversify their economies as a hedge against falling prices.

We mentioned before how the Venezuelan economy is dominated by its petroleum industry. Perez and Chavez did not do enough to spend money on developing other aspects of their economy, and they also wiped out the private sector by nationalising almost every industry in the country. This means that the people of the country are entirely dependent on the government for all goods and services. When oil makes up more than half of the government’s revenue, there will come a point when the government will no longer be able to provide the services that its people need when the price of oil eventually drops.

Why weren’t leaders like Perez and Chavez able to identify this problem? On the one hand, politicians tend to focus on their own interests which in a democratic nation happens to be reelection. They would rather pass populist programmes and garner support for the immediate future than think about framing policies that would have a long-term benefit for the country. Another reason may have to do with the plight of the Venezuelan people themselves. Being a country that had been colonised and engaged in continuous internal conflict, life in Venezuela has always been difficult. When a majority of the population is struggling in poverty, it may be understandable why a leader would be tempted to write cheques to improve their lives today rather than take on a more patient approach. The emotional reaction that comes from the people will only further confirm to the leaders that this is the right thing to do. Chavez probably had his people’s best interests at heart, but he simply didn’t understand what the consequences of his actions would be nor did he have any idea about how to develop a country over a longer period of time.

Venezuela still sits on the largest oil reserve anywhere in the world. It will come across wealth again, but it must make sure not to repeat the same mistakes of the past. It has now had enough experience to know exactly where things can go wrong. 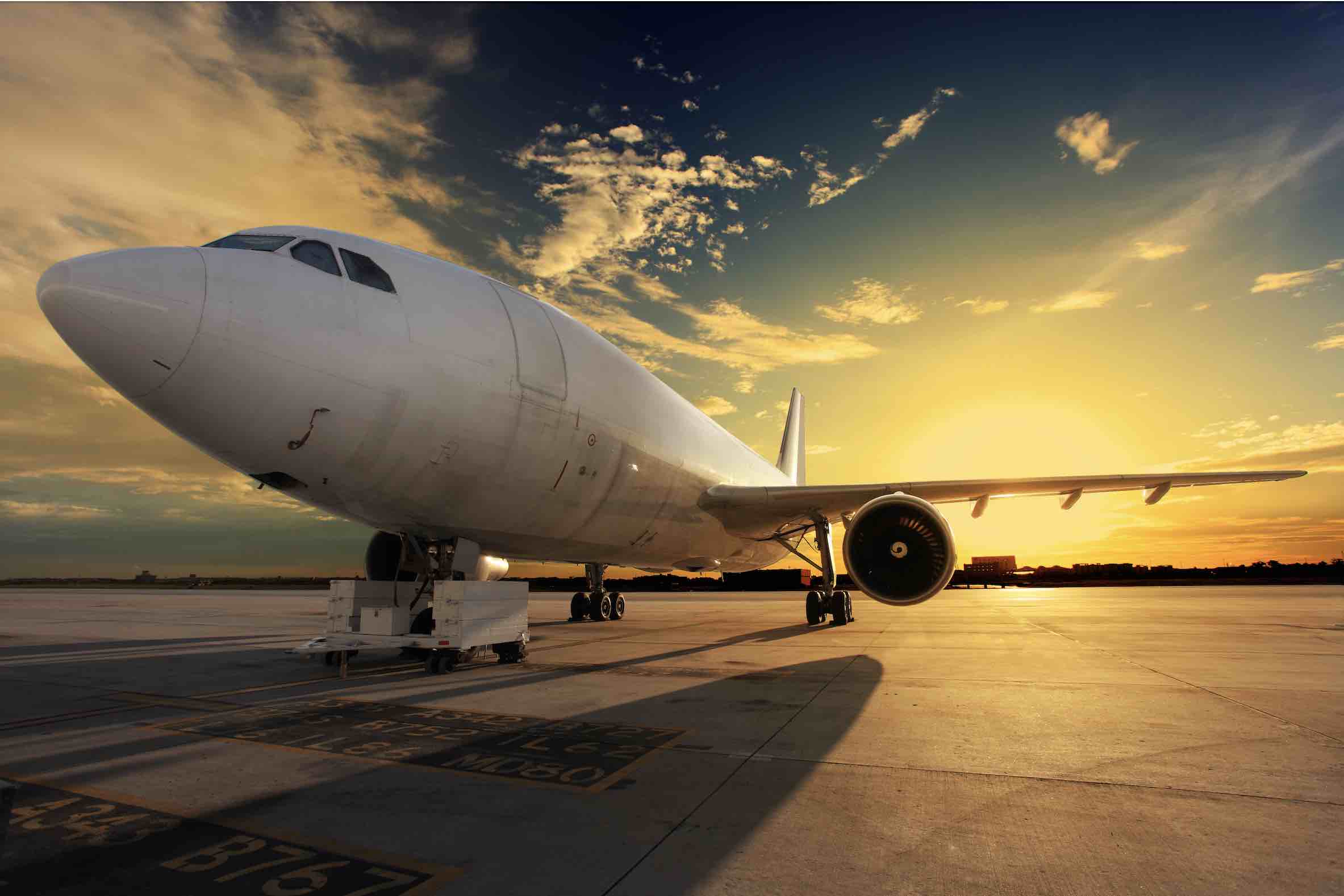 Can The Tatas Restore The Maharajah Of The Indian Skies?