By BCL IndiaJune 22, 2021 No Comments
We should not only focus on adding users to TUMMOC; we should also focus on how much crowd we can add to BMTC. If more and more people are using the bus and the metro then automatically we will grow too 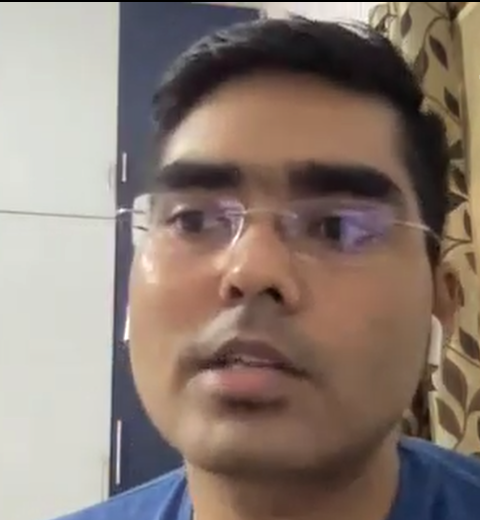 There are multiple factors. I would like to give you a couple of facts and numbers. The share of public transport way back in the 90s was around 60%. Suppose there were around 1 million vehicles on the road back then there would be around 5 million people travelling. Now there are more than 100 million people travelling everyday right. Why is the share of public transport decreasing? It’s come down to around 40% and its continuously going down predominantly because of 2 aspects. First thing is that we have to understand is that public transport is not a viable option. In every pitch I mention that there are two credible gaps. First is accurate information about public transport.

Even though information is available (you might get it online or from different sources) but there is not a standard form that is easily consumable. If you look at Ola and Uber, they have given you access on your fingertips. In 3-4 clicks you are able to get that ride on your fingertips. For public transport you have to spend 10-15 minutes searching just to find out what are your options and therefore it is not viable or realistic. So first thing is that real time actionable information is missing in a proper format. The second thing is that connectivity is missing. Local transport bodies like BMTC are focusing more on increasing their fleet and not as much on the last mile connectivity.

If that is missing and right now if everything is available on fingertips you would like to choose that mode of public transport right? If somebody can tell me that this is the time that the bus is coming, this is the probability of getting a seat, and you can book a ride to reach that bus or the particular metro that you’re going to, then the probability of people choosing public transport is higher. Companies like Ola and Uber are the aggregators, they are investing more in technology and making peoples lives easy but public transport is working more on increasing their fleets rather than the technology side. I would say this common platform is missing, this information and connectivity side and that is the reason why it is not a viable option.

TUMMOC is the reverse of commute, if you reverse the word commute you get TUMMOC, right? Without the letter ‘e’. What we basically do is that we help people get from source to destination using best possible public transportation available. So what we are trying to do is reverse the reducing share of public transport, which is why we reversed the word commute to TUMMOC. The beauty of share mobility is that in a particular bus around 40-50 people can travel at a time, the same fuel to be burnt and the same road space to be taken.

If you talk about a car or a bike which I would say are more dedicated, those can not at a time accommodate more people, right? Its about 40 people going on 40 different vehicles or 40 people getting into a metro, it definitely makes sense. It reduces the road space taken up and thus reduces the carbon footprint also. The TUMMOC platform is designed in such a way that it tells you how much carbon footprint youre going to save every time you use public transport. Many of the youngsters right now, the young commuters, they’re more concerned about environmental issues.

But this is only an additional point. People are not going to take public transport just for the sake of saving carbon footprint until public transport really becomes viable. So yes, TUMMOC is trying to address both things, which is creating a platform which will solve the information connectivity, and also how much carbon they are saving. We also keep probing them, so if they save 20 grams of carbon this week then we tell them that if they save 40 next week, then we will plant a tree in your name. In this way people will see that they are making a contribution to society and as such they will start using more and more public transportation but only if it is also a viable option.

I will share with you a white paper that has been published. I am a part of a forum called the ‘Sustainable Mafia’. All sustainable companies like water, earth, transport, everybody is there trying to solve the sustainability thing. So there we had this white paper which was about how the government and the private agencies can work together. So instead of the government just focsuing on public transport infrastructure or the private companies are just focusing on ridership which means that we are not going to solve anything. We are only going to add more and more traffic to the roads and more and more vehicles. In Bangalore during pre-Covid times I used to take a couple of hours to reach my office which was only 8km away from my home. 10-15 years back maybe that would’ve only taken 10-15 minutes.

What we need to focus on now is how all the ecosystems can come together. First is the government, all the government bodies. It is not only public transport agencies it is also the land development authority and the environmental bodies in government and you also have sustainable bodies in government like NITI Aayog who work on urban mobility and city planning. If you take all those authorities put together along with mobility companies like TUMMOC or Yulu can sit on a particular table or discussion forum and work on public-private model and figure out how their infrastructure can be integrated with the private sector. How can Yulu increase the ridership of BMTC? How can BMTC give infrastructure access to TUMMOC? How can TUMMOC, Yulu, Bounce put together create that first and last mile connectivity or mobility access for all public transport.

So all have to work together. Thats why we say that TUMMOC is a platform which actually perfectly amalgamates the public transport infrastructure and first and last mile connectivity. All the bodies in the ecosystem both public and private have to come together at a common forum and work together for a couple of years or 3 years or so. In Western Countries if you are a startup and you would like to do something for public transport then they are definitely going to go ahead and support you. Public transport information is very organised there which is not the case in India, right? But I think changes have started happening. BMTC is actually helping us with a lot of things, we done a pilot in Hyderabd with the Hyderabad Metro where they have given us station access and stuff. Going forward all the stakeholders have to work together for each others benefit.

I shouldn’t only focus on TUMMOCs ridership, I should also focus on how much crowd I can add to BMTC. If more and more people are using the bus and the metro then automatically I will grow too.

We have a lot to catch up on. We’re not even 20% of the way there. Government bodies here have their own apprehension that they will lose their ridership to Olas and Ubers and at the same time these companies are also focusing more on how to increase their ridership. But if they both can talk to each other, or if TUMMOC can talk to BMTC and say ‘I can bring you more riders by connecting first and last mile’, then defintely yes, something can be done. But I still think there is a lot to catch up on. There are a lot of things that both parties have to do.

I think its a new normal now, we have to live with it. The ridership in public transport has drastically reduced. For bangalore it was around 5 million for the BMTC and Metro put together and when things opened up again even during Covid when things were better in October to December it was still only at around 20-30% of that. Overal market of mobility is missing and it is going to take some time and that is a challenge for everybody. For us we need to give more confidence to people in terms of safety by giving them more information and making our infrastructure more safe. We need to ensure them that they can trust public transport and that all their safety is taken care of.

Nobody can avoid public transport, right? Around 20 lakh people were taking the BMTC buses everyday, which is huge. It impacted in terms of people not wanting to step out of their houses and taking public transport and also a fear of using shared mobility. Now slowly with vaccination coming into the picture, we are also reaching out to the users to let them know that everything is being taken care of, sanitizing is being done, social distancing inside the bus and metro is taken care of. I have taken the metro and it was absolutely clean and well taken care of. Slowly things will normalize but the challenges are definitely still there and it will take some time to settle. We have to enhance our safety features and give people a surety that they are being taken care of and only then will they come back.

So the last 5 months have been great for us. We have been around for 5 years and for 4 years we were mostly just establishing the internal ecosystem and laying the foundations. We were also making association and exploring different markets, cities, metros, adn the product that we had also evolved. I would say January onwards, even though Covid is still there and the last few months havent been good, I think we have grown  as a company. In terms of people accepting TUMMOC, we have grown in terms of user base, we have grown to 60000 users in the last 4 months of time and our plan is to acquire at least a million users in 8 months of time (by April 2022).

That is only going to happen if our vision is followed clearly, which is to make public transportation accessible to every doorstep. We are going to let the user know that we are going to solve two things for you, one is that you dont have the scratch your head to get accurate information about transport, all public transport infomation can be streamlined and presented in a very consumable way so that you can trust on it. Are focus is to integrate as well with all these mobility companies, we have our own partners as well for the first and last mile. I think for the next 3-4 months we have to focus on letting people know why public transport is and option and how TUMMOC can be useful to them.

We are trying to organise the unorganised public transport information market. We want people to be able to download the app and see on their phones that public transport can be fun, it can be dependable, and that it can be assessed from wherever you are. We have started getting users but we need to reach out to more and more users and we have to let them know that public transport can be organised and assessed and used in a better way. In the next one year we want to position ourselves in the minds of users. More than their wallet share we want to win their mind share. We want to be a part of their everyday journey where people are planning their trip from point A to B and they do it using TUMMOC.