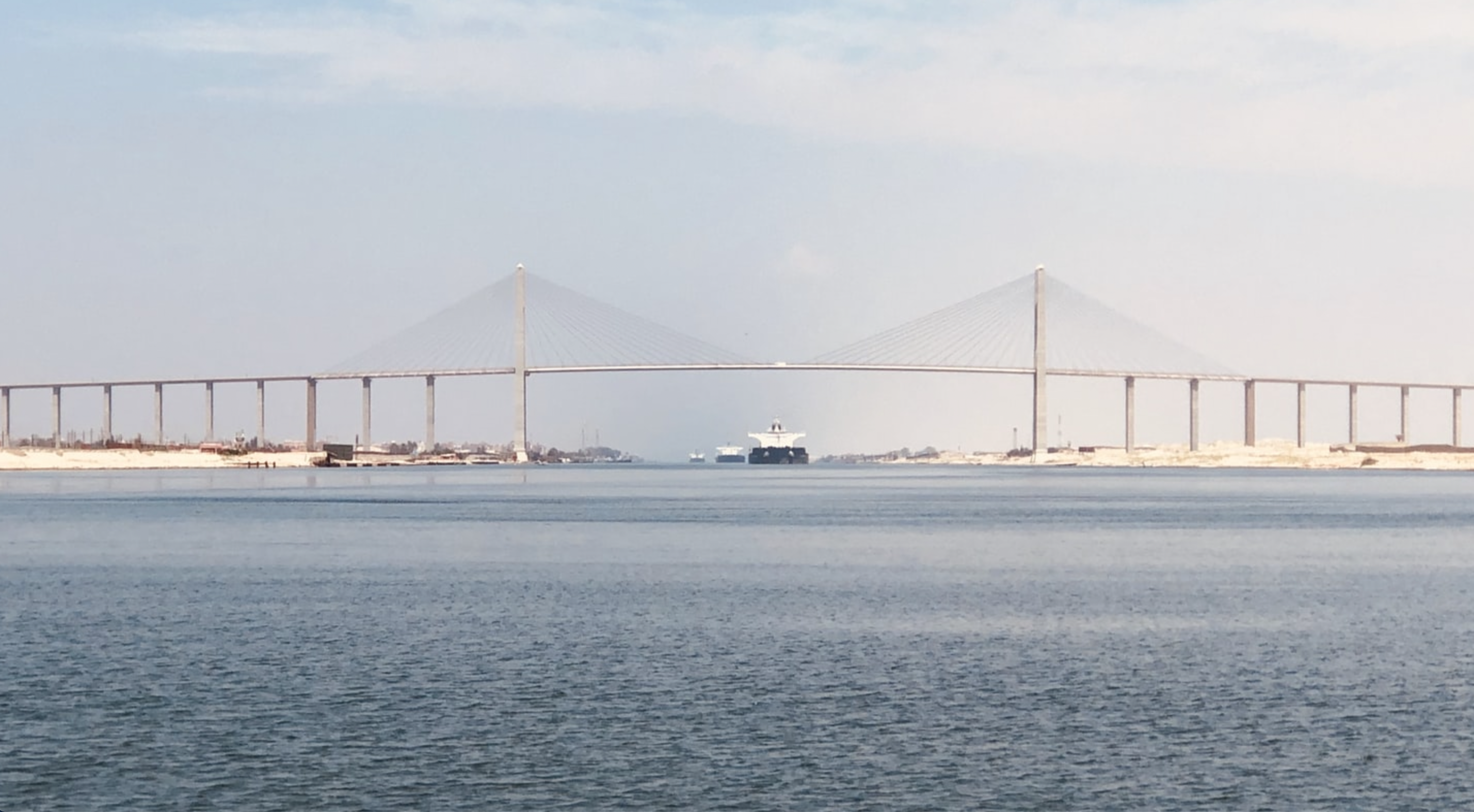 In an event that can perhaps only be described as comical, a ship that is the length of 4 football pitches lay stuck across the narrow southern end of the Suez Canal, preventing all and other ships from passing through. Comical only to the casual observer, the point at which the ship is stuck is actually a key waterway that links trade between the east and west. The ship itself, known as ‘MV Ever Given’, was on its way from China to the Netherlands. It is carrying around 20,000 metal boxes full of goods and is holding up other ships, some of whom are transporting oil. Oil prices as a result went up briefly before they settled down again a day later.

The effort to free the ship is well underway, but how long it might take is still unclear. Reports now are claiming that the ship has been ‘partially re-floated’, but there is still work to be done [29 Mar Edit: The ship has now been freed]. This is dealing a huge blow to trade and business all over the world, with Bloomberg coming up with an estimate that puts the daily losses at $9.5 billion. $5.1 billion of this is the westbound traffic with remainder being the goods that are travelling to the east. There are currently between 165 and 185 ships that are waiting to pass through the canal but can’t do so for obvious reasons. Another 100 or so vessels are due to travel through the same waterway this week putting the total number of ships affected at close to 300.

Shipping companies now have to make the decision as to whether they should wait until the Ever Given is freed completely or to go through another route around Africa. The incident comes at a time when international trade has already been badly affected thanks to the Coronavirus pandemic. Businesses around the world are suffering because of a shortage of workers in the shipping industry, meaning there are delays along the supply chain. A blockage at one of the most important waterways in the world only further worsens the situation. 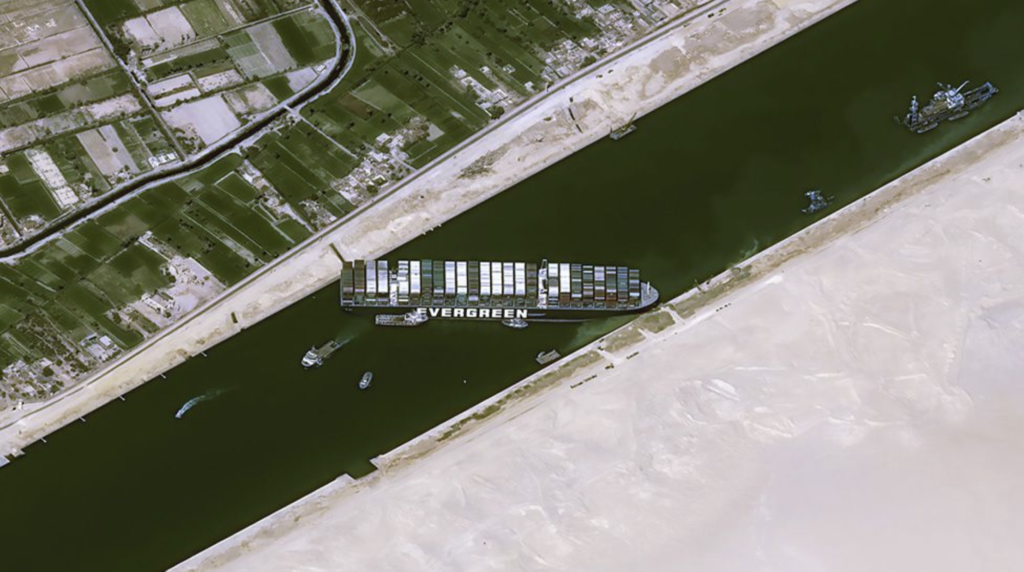 Tugboats have been deployed to help move the ship along with suction boats who are trying to remove sand and silt from the points at which the ship is in contact with land. Efforts are also being made to lighten the load on the ship by removing as much of the cargo as possible. The Ever Given is one of the largest container ships in the world so it is going to take a lot of resources to move a ship of that size.

The way business is conducted today is known as ‘just-in-time manufacturing’. Companies feel as they no longer need to waste money on storage costs because of the power of the internet. Instead of buying up goods and storing them in warehouses in anticipation of future demand, they simply conduct business based on expectations of the immediate future.

While this saves a lot of money, it also means that modern day commerce is incredibly vulnerable to any disruptions to the global supply chain. If there are any hiccups along the way, as there now has been, businesses will find themselves in a very tricky situation.

The main beneficiaries of this approach have been the shareholders. Whatever money is saved or extra money that is earned is merely passed on to the shareholders and as such there is no real benefit to the consumer. Industries have certainly seen the advantages in terms of running a more efficient operation, but during a time like the pandemic, it does not appear to be the best approach. During the early days of the lockdown medical professionals travelled to different parts of the world in order to lend their expertise but they didn’t have their masks or protective gowns delivered to them in time because of the just-in-time strategy. Amazon also initially failed to provide protective gear to its workers for the same reason.

The situation at the Suez Canal highlights the fact that we don’t need to be in the midst of a pandemic for supply chains to be severely disrupted. Any kind of unpredictable event could create similar problems, such as a cyberattack, political instability, or a financial crisis. The pandemic itself was not something that businesses around the world thought to brace themselves for, and why would they? It may do us well to bar certain goods from being produced by just-in-time manufacturing methods, as having extra inventory of these goods could prove to be crucial under certain circumstances.

For feedback, comments and views write to pavan@bclindia.in. 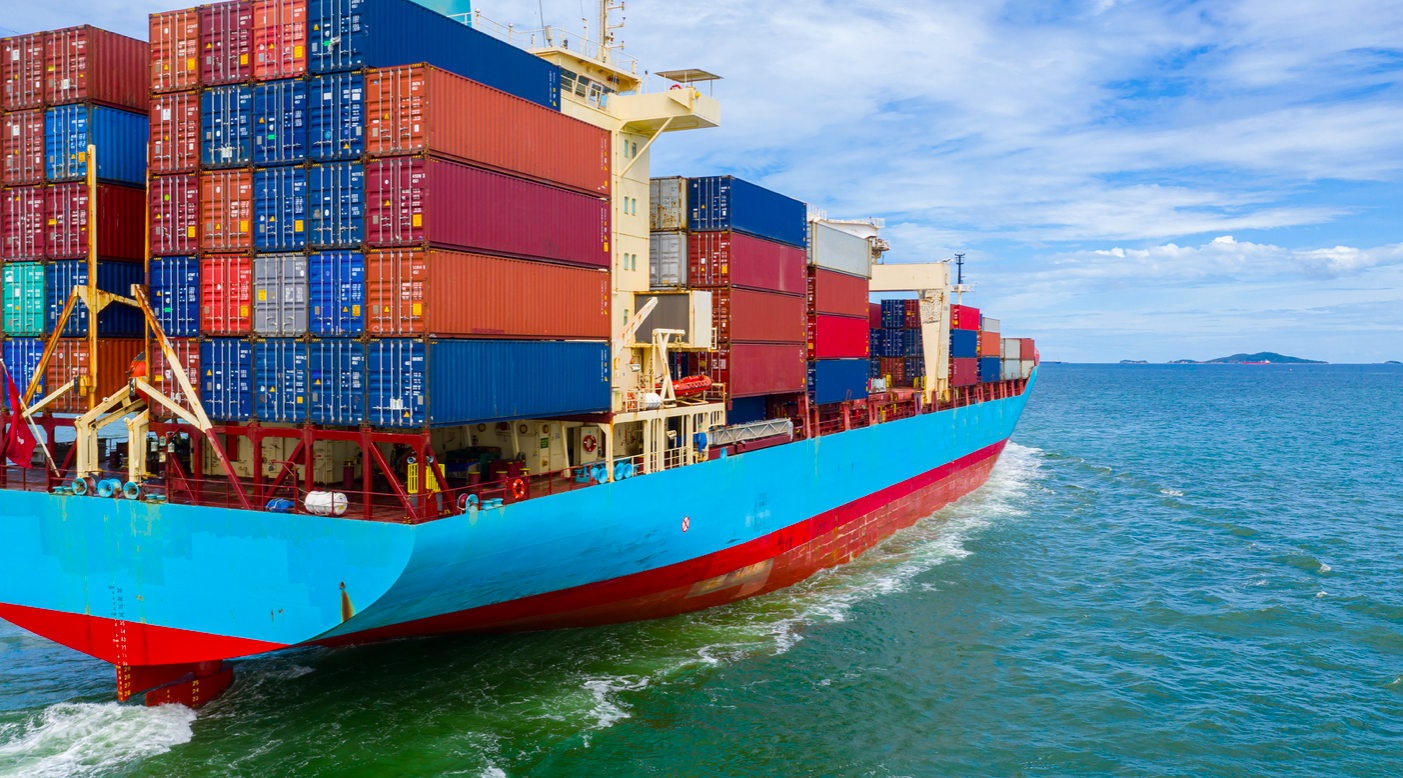