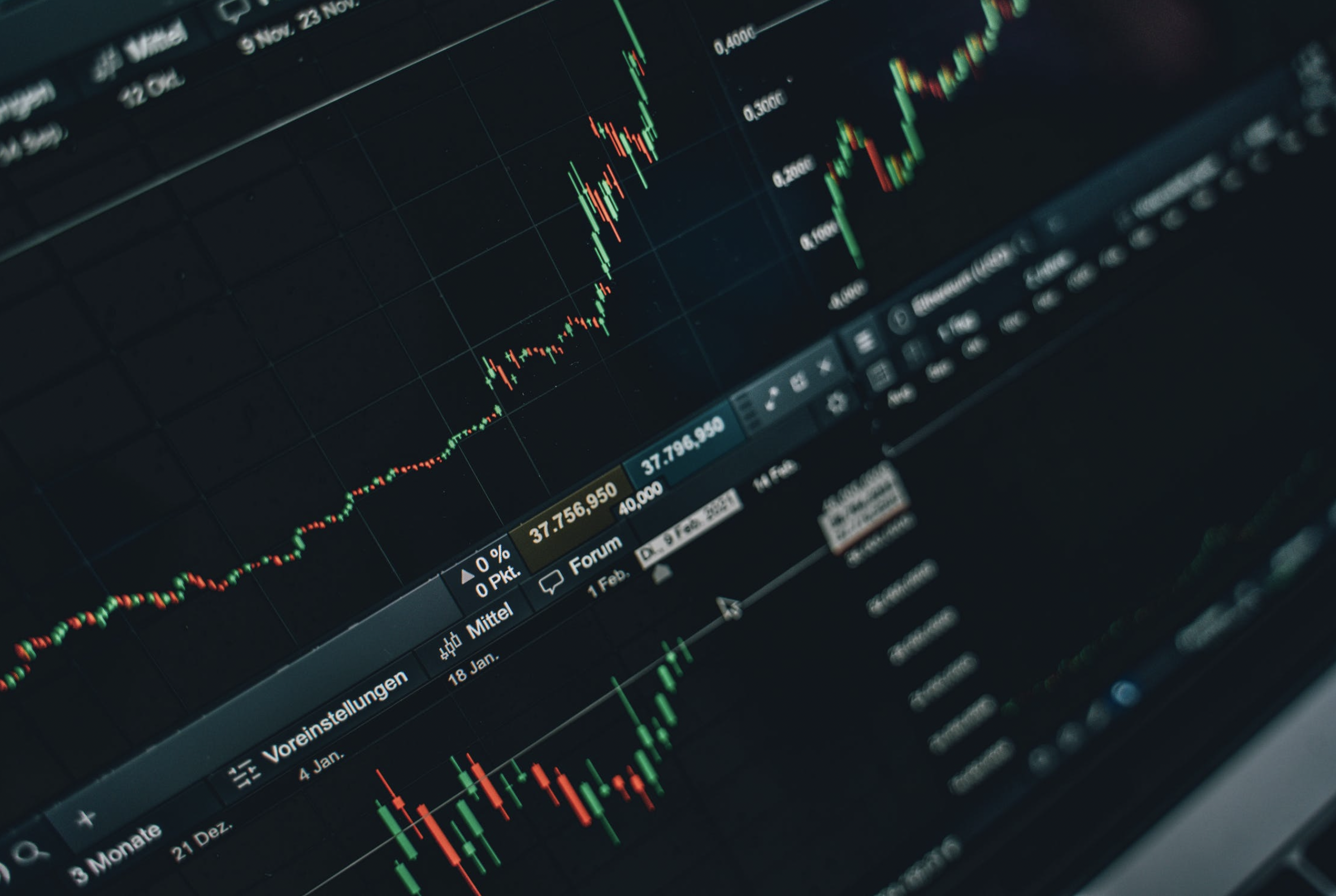 The Rise in Stock Buybacks

Stock buybacks in India have gained increasing prominence over the last few years. Infosys has just announced that it plans to buy back equity shares worth Rs. 9200 crores. This, after it posted its Q4 results showing a 17.46% year-on-year growth. It is the seventeenth company to make such an announcement in 2021 alone.

Stock buybacks are by no means unusual. A company may choose to engage in such a practice for a number of reasons. It may feel as though the existing shares in the market are undervalued, and as such make an offer at a premium to buy them back. In this way, it can instantly increase the value of its shares. There will also be fewer shares now available meaning that the earnings per share will go up as well.

It may also have excess cash lying around which it does not foresee using in the near future. It may choose to use this cash to reward its shareholders by either paying dividends or by conducting a buyback. 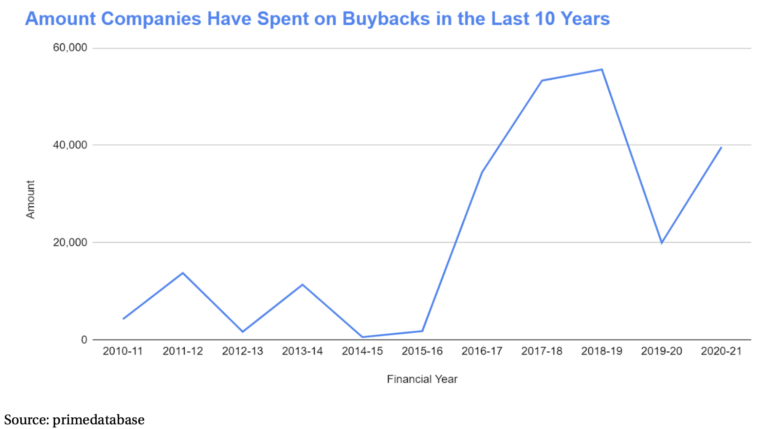 As we can see, the amount spent on buybacks by companies has increased dramatically since 2016-17. 2019-20 and the beginning of 2021-21 saw a much lower amount spent on buybacks due to the pandemic. Stock buybacks tend to be more popular when the economy is doing well. Many believe that this is due to the change in taxation laws wherein dividends in the hands of shareholders would be taxed at the marginal tax rate and the dividend distribution tax that companies had to pay was removed. Buybacks are also subject to the capital gains tax at the rate of 20%. The arbitrage opportunity is quite clear to see.

The History of Buybacks

It remains unclear why the government would encourage such a practice. Stock buybacks began to gain popularity again towards the late 1970s and early 1980s, but until then they were considered to be illegal, at least in the US, as it was a form of stock price manipulation. After the Great Depression in the 1930s, then US President Franklin Delano Roosevelt worked with his government to come up with policies that would help prevent such calamities from happening again. The result was the passage of the ‘Securities Act of 1933’ and the ‘Securities Exchange Act of 1934’.  Stock buybacks were heavily discouraged as companies would be subject to investigations from the Securities and Exchange Commission (SEC) on suspicion of stock price manipulation.

Fast forward forty to fifty years and we now see Ronald Reagan as the President. His terms were characterised by significant deregulation of the American markets, placing almost complete trust in private individuals to regulate themselves. He appointed a former vice chair of a major Wall Street securities firm as the head of the SEC who then made some alterations to the rules. As a long as a company did not purchase more than 25% of its average daily trading volume in a single day, then it could not be accused of manipulation. This means that companies like Apple, for example, can spend $1.4 billion per day on buybacks. The new parameters introduced by the SEC basically gave free reign to companies to act as they pleased in the markets

Why are they problematic?

Since then buybacks have become a very common practice and is something that most major corporations engage in. William Lazonick, an economics researcher who taught at Harvard, noticed something wrong with the practice of buybacks as early as the late 1980s. He observed that the priorities of a company shifted from making innovations and reinvesting into their business to creating value for their shareholders. In the last 15 years for example, companies have spent an estimated 94% of corporate profits on buybacks and dividends, in the US. Lazonick consequently found that companies like Pfizer and Cisco, who were once at the top of their industries, have now fallen behind because they spend almost all of their profits on buybacks leaving next to nothing for reinvestment.

At the same time, companies like Huawei, who want to build a global 5G network, are committed to innovation. This is the same trap that Apple seems to be falling into as well. Ever since Steve Jobs passed away in 2011, the company has distributed $325 billion to its shareholders but has spent only $58 billion on research and development. This is evident in the kind of products it offers today. It used to try and constantly innovate by coming out with products like the iPod, iPhone, iPad, and so on. Today it only offers updates to its existing products.

The practice of buybacks, according to Lazonick, is also the main reason as to why inequality has grown to the extent that it has in the US. Companies redistribute profits amongst its shareholders and not amongst their workers. As a result, wages have more or less stagnated since the 1980s (hardly a coincidence) while corporations productivity has continued to increase.

The fact that buybacks are becoming more prevalent in India is a worrying trend. Evidence from the US shows us quite clearly that it is a bad practice for the economy in the long term. Firstly, the government ought to remove the arbitrage opportunity that it has provided by way of the tax structure. Secondly, there should be some discussion at SEBI about the extent of buybacks that ought to be allowed. Currently, the limit stands at 25% of the paid-up capital and free reserves. There should also be rules put in place to ensure that companies cant finance their buybacks using debt, something that economists warn that has the power to topple the economy 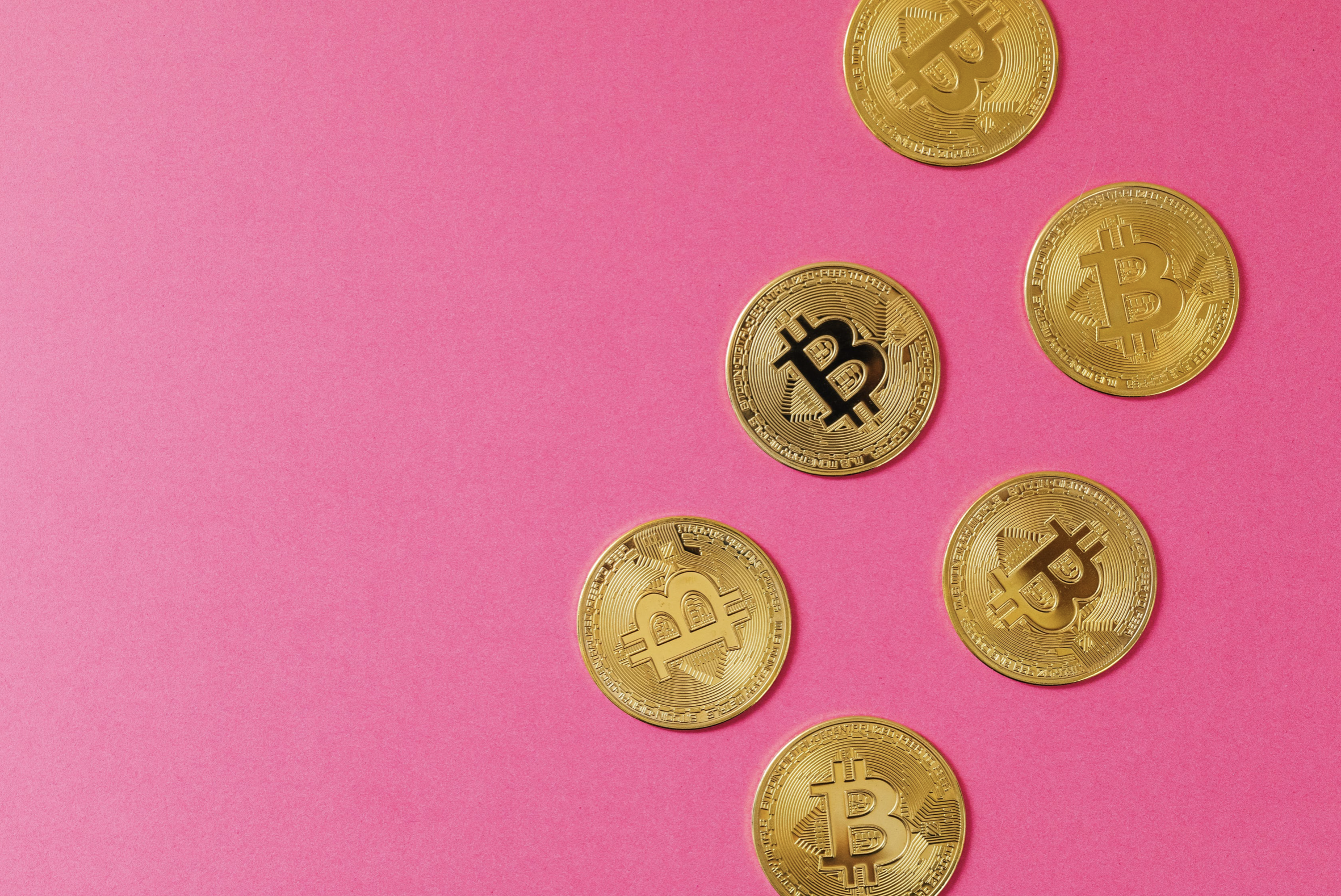