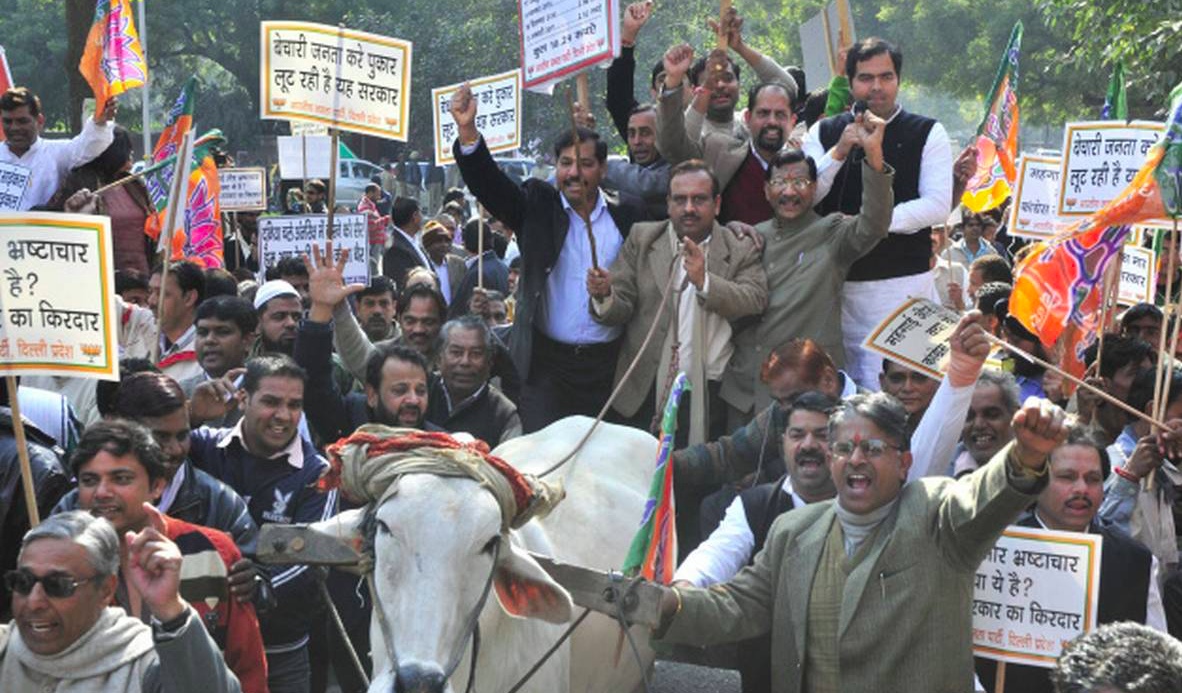 Why does fuel cost so much in India?

Fuel prices in India are reaching record highs with the latest set of hikes. Petrol and diesel have always cost a lot here and has been a point of contention for many Indians with their government. It is not something unique to any one political party, either. The Manmohan Singh government, towards the end, faced a lot of criticism and protests for rising fuel prices during the early part of the decade.

Why does our government charge us so much? It isn’t something of a commonality around the world. In fact, Indians pay more than any other nation in terms of taxes on fuel. Currently, a person in Delhi who spends around Rs. 85 a litre on petrol, is paying ⅔ of that to the Central Government in terms of excise duties. In Mumbai, you would be spending more than Rs. 90 a litre on petrol, mainly because of taxes. 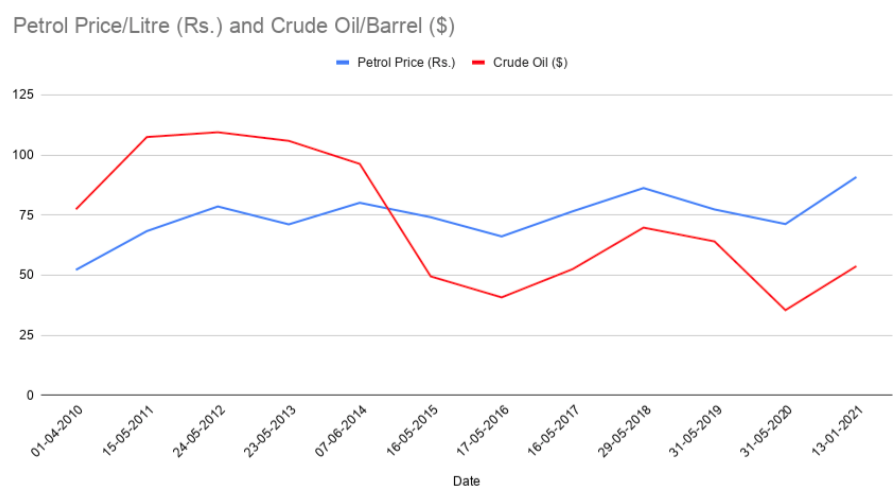 The price of crude oil for the first half of the last decade was quite high, routinely ranging between $85 and $100 a barrel. To some extent, it is understandable that petrol and diesel prices would be high as well. Around 2014-15 however, the price started to fall. By February 2016, the price fell to as low as $30 a barrel, and since then was being traded at an average of $40-$50. Fast forward to 2020, where a dramatic fall in consumer demand thanks to the effects of the Coronavirus pandemic saw the price of crude oil fall to a mere $11 a barrel in April. As a matter of fact, oil prices in the US actually turnednegative for a short while because the expenses accrued in storing oil were more than the price that producers were getting for it on the market.

With prices falling to such depths, one would naturally assume that the prices that consumers pay for their fuel would reflect that. This wasn’t the case in India, however. It wasn’t as expensive as it is now, with an average price of around Rs. 70 a litre across the country, but the benefits certainly weren’t passed on to the consumers to the fullest extent.

It isn’t some well thought out economic policy of the government that’s keeping the prices so high. The reason is actually quite straightforward. The government needs money because its expenses are usually higher than its income, and one of the most direct ways in which to raise money is through the excise duty placed on crude oil. As it is the pandemic has meant that the GST collections this year are lower than the figures from last year (41% lower during the first quarter), so the government needs to maintain its income. It has always done so through crude oil, but this year it has not been able to pass on much of the benefits to the taxpayer even though prices have been so low because of the economic issues.

This may not have been a particularly good idea, however. Economic activity all across the country came to a halt, and India was under one of the strictest lockdowns in the world. This meant that people weren’t really able to travel anywhere, even from home to the office, so fuel consumption would have been quite low as well.

The thing with excise duty is that it consists of a cess, which is solely meant for the Central Government. They do not have to disburse any of that revenue amongst the states. So when petrol prices went up by Rs. 10 in May, Rs. 8 of that was a cess, while the remainder was a ‘special additional excise duty’ which can and should be shared with the states.

So is there any prospect of respite for the consumer anytime soon? It remains unclear. Such high fuel prices pose the threat of rising inflation, but since demand is already so low, inflation is unlikely to be severely affected by fuel prices alone. There is discontentment amongst the taxpayer, but apparently not enough for people to raise any serious concern. At least not to the extent that the UPA government faced towards the end of its reign. One can hope that when GST collections normalise, and perhaps with a fall in crude oil prices again, the price of petrol and diesel will go down, but it is unlikely that the government will forego any revenue if the public aren’t seriously concerned about it. 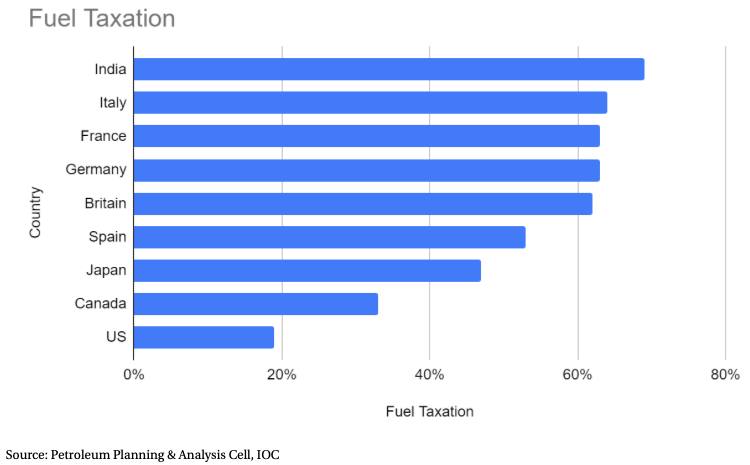 For thoughts, feedback and views write to pavan@bclindia.in 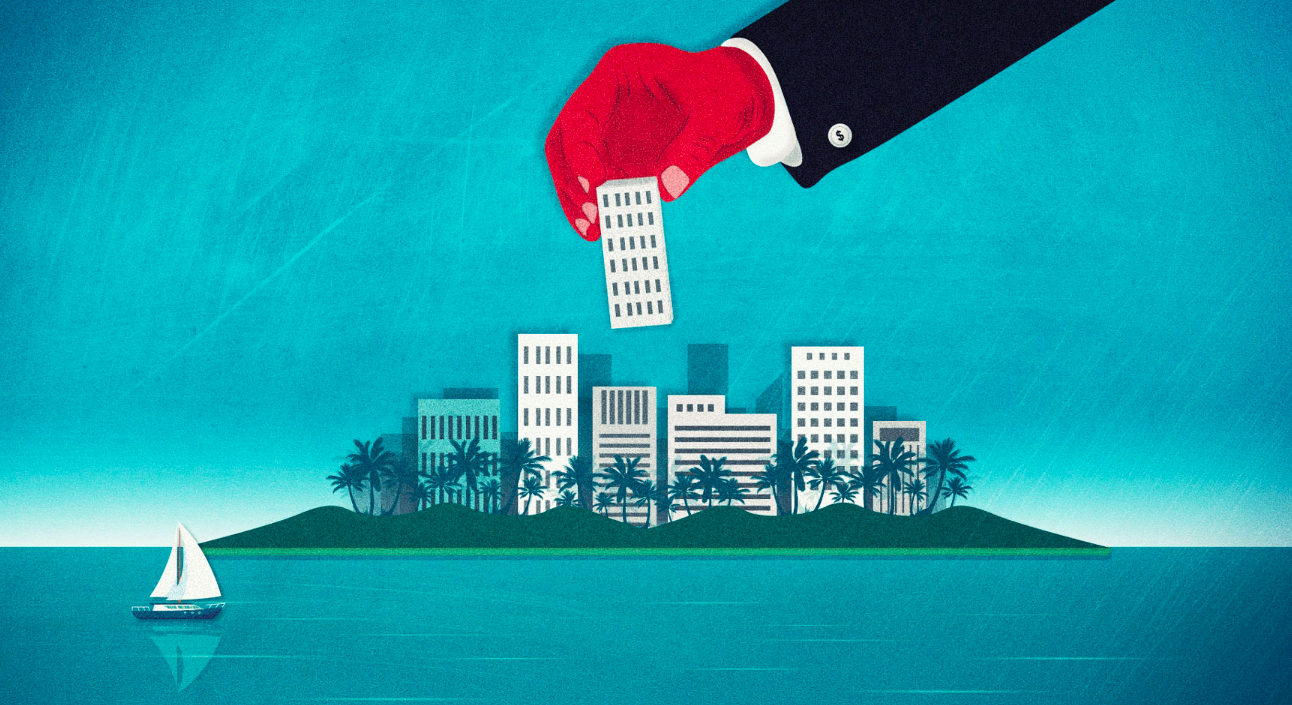