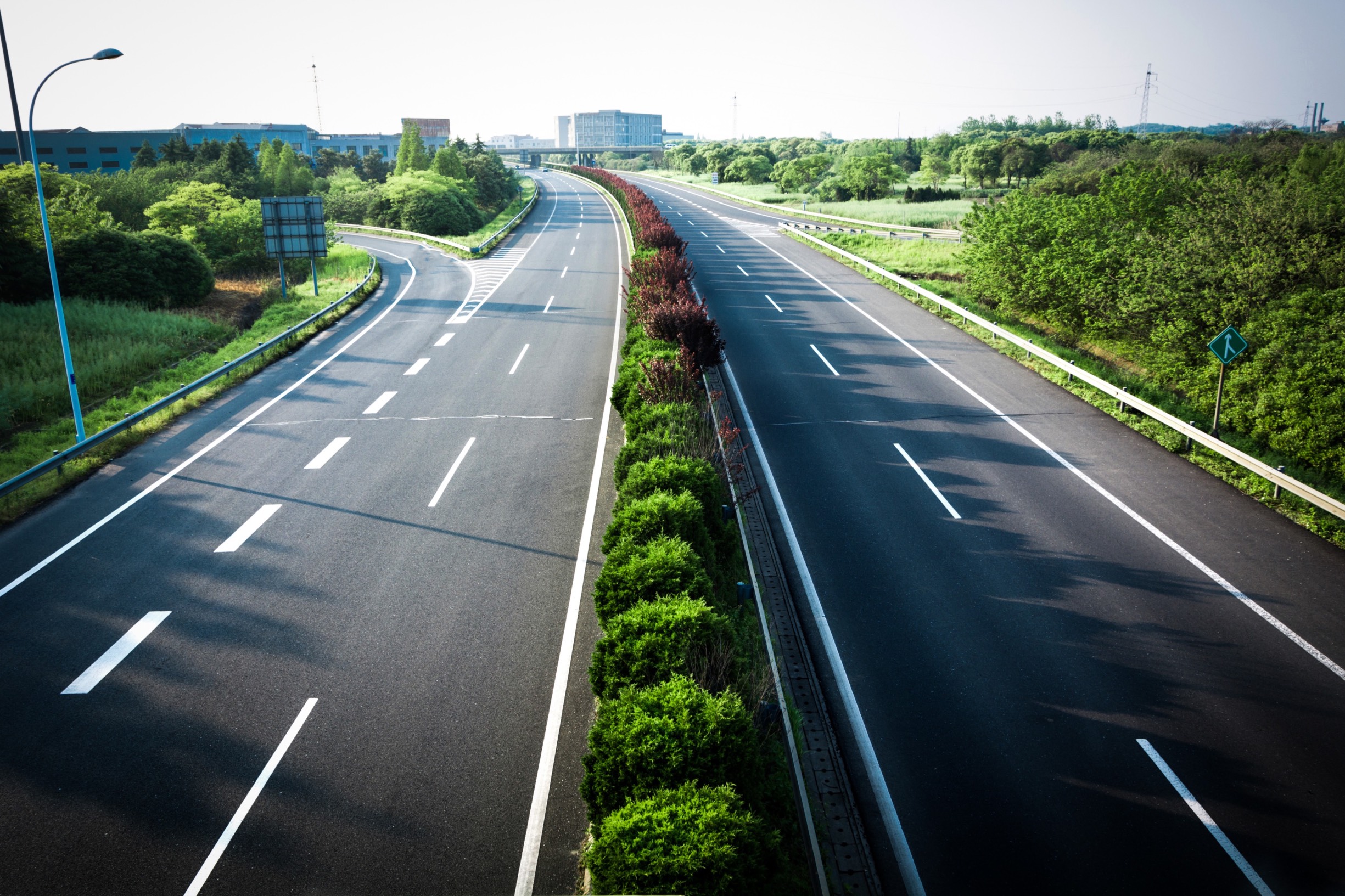 How Will The National Monetisation Pipeline Work?

By BCL IndiaSeptember 2, 2021 No Comments

The privatization of a number of public sector enterprises has been on the agenda of the current government right from when it first took office. In an earlier article, we spoke about how India began gradually privatising public companies during the 90s, following a balance of payments crisis. Attitudes in India towards privatization have always been characterized by caution. Having been founded as a socialist state, public enterprises or PSUs (public sector undertakings) represent an aspect of the Indian economy that is owned by and operated for the people. As a result, any government that attempts to sell these PSUs to private interests always faces resistance.

Yet, as we explained before, there are a number of enterprises currently owned by the government that are simply not operational. It makes little to no sense to continue having these units on their books. The stretched out process of privatization, however, has rendered these units undesirable, as many haven’t been in operation in over a decade and sometimes longer.

Given that the government is currently facing the prospect of another crisis in the form of the fiscal deficit, brought on primarily by the adverse impacts of the pandemic, there is certainly a need to privatize in order to close that gap. The debt currently stands at a worrying 60% of GDP, some 20% higher than the threshold set by the NK Singh-led expert committee on fiscal responsibility.

Yes, national debt doesn’t necessarily have to be a problem. Japan’s debt is more than twice the size of its economy, but it is sustainable as long as there is a good amount of growth in the years to come. Sensible economic policy, a skilled workforce, and technological innovation all contribute to a bright economic future, and as long as that is in place, then debt isn’t as big a problem as it might appear to be. The case with India is a bit different. Economically, we have languished over the past few years. Growth has been steadily falling while the unemployment rate has reached record highs. This means that our current level of 60% may soon become unsustainable. 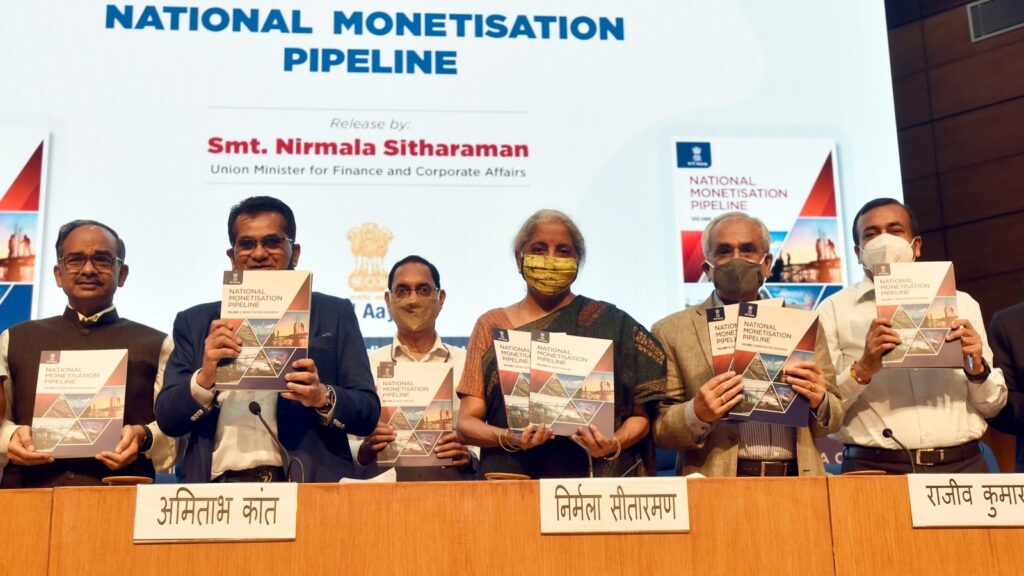 The government is aware of the problem. In her budget speech earlier this year, Finance Minister Nirmala Sitharam provided for the preparation of a ‘National Monetisation Pipeline’ (NMP) which would streamline the process of privatization and raise an estimated Rs. 6 lakh crore as well. To put this into context, this is nearly 16% of India’s annual expenditure budget. The Indian government also plans to borrow around Rs. 12 lakh crore over the course of the current financial year to make up the deficit. That equates to nearly 75% of all household savings in India.

The NMP will work in a slightly different way to traditional privatization. Instead of transferring ownership rights to interested parties, government assets will instead be leased out for a defined period of time. For example, the government may lease a national highway to a private entity for a period of 15 or 20 years, wherein the private entity would collect the toll fees on that road for the specified period. To acquire the highway, an upfront fee based on the discounted present value of all future tolls will have to be paid.

In this way, the government plans to lease out power grids, railway stations, airports, stadiums, coal mining assets, telecom assets, shipping assets, and much more. This is similar to the existing real estate investment trusts (REITs) and infrastructure investment trusts (InvITs) wherein private individuals can invest in these assets which own land and infrastructure around the country, allowing them to profit from and contribute to the development of said assets.

The government’s plan, however, is rather ambitious. Take the example of a national highway. A private entity which has secured the rights over the road for the foreseeable future would take on substantial risk as it would rely on the present or subsequent government not making that road toll-free. Additionally, with events like the COVID-19 pandemic, where lockdowns restrict movement significantly, there can be no guarantee of income. It is also unlikely that private entities will pay the upfront costs themselves, as they will likely borrow from banks. Given the poor health of the banking sector in India, is it sensible for banks to take on such a risk themselves? The last thing banks need are additional non-performing assets on their balance sheets.

From the point of view of the taxpayer, for whom these assets were constructed in the first place, there will be both negatives and positives associated with the transfer of management to private entities. On the one hand, we may get better service, but on the other, we may also have to pay a higher fee for that service. If there is a situation like a lockdown which is causing a delay in realizing the return on investment, then the entity managing the asset may want to set a higher price for use of that asset which would be detrimental to the taxpayer.

The NMP is going to be difficult to pull off, especially given the target of funds that it aims to raise. Reliable revenue streams, dispute resolutions, and regulatory issues will have to be addressed for the project to be a success. The idea is certainly a good one, but how it is going to work practically is yet to be seen. 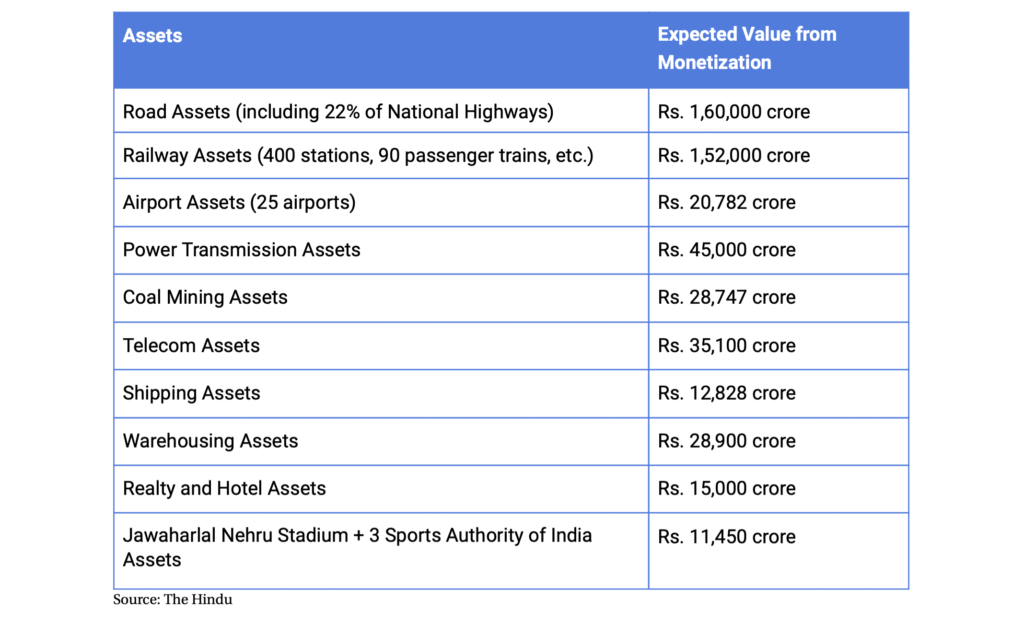 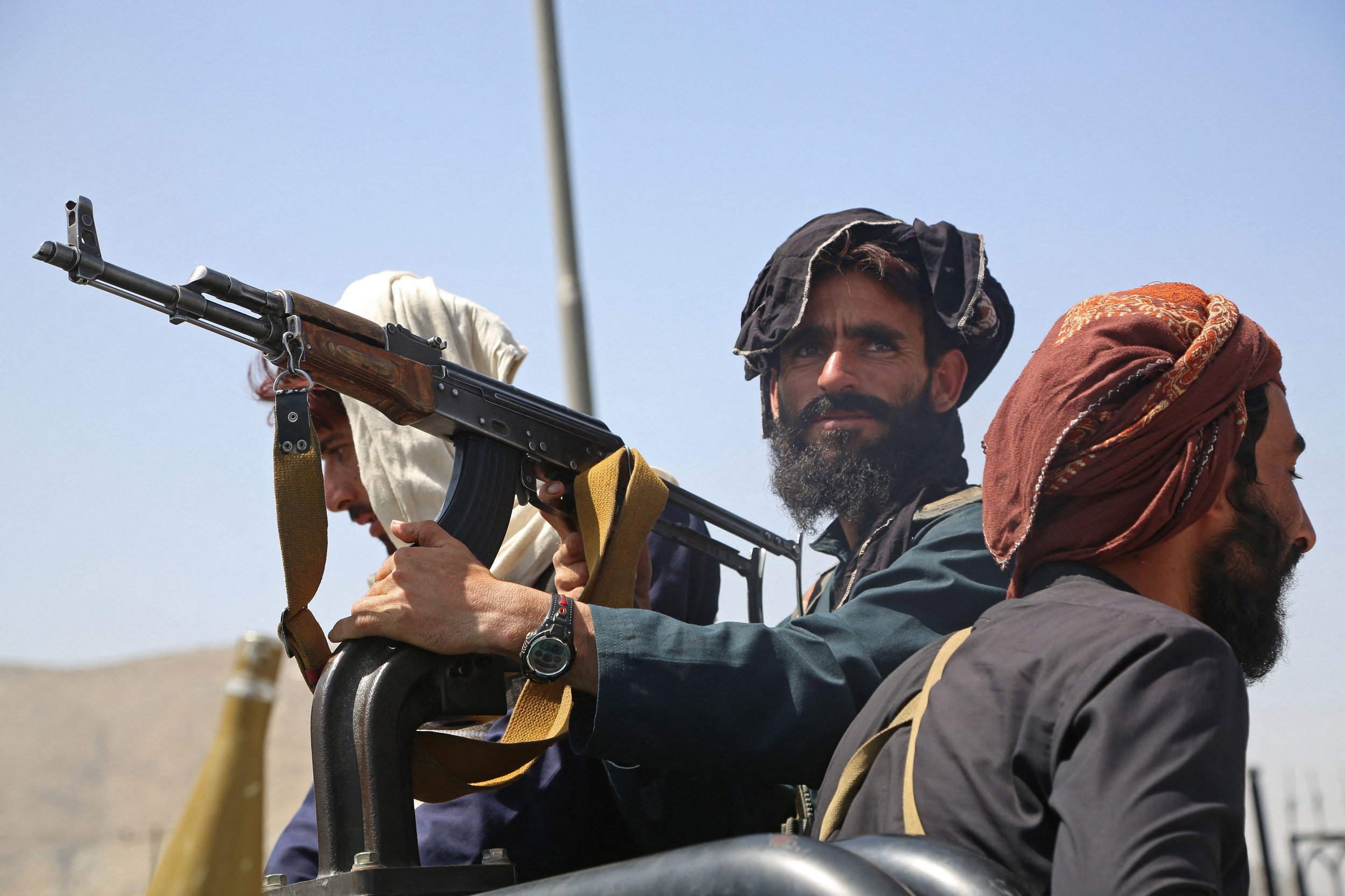 The Taliban Have Assumed Control Of Afghanistan, Now What?