The fortunes of India’s wealthiest compared to that of India’s poorest are profoundly disparate. On the one hand, we have the billionaires of this country seeing their wealth shoot up to astronomical figures while on the other, the rest of the country is facing an economic crisis for which there is no precedent. Many news outlets report the news of Mukesh Ambani being the 4th richest man in the world as though it were a symbol of India’s rise. The contrarian opinion would state that it is, in fact, a symbol of India’s retrogression.

In 2014, when the current government first came to power, the likes of Ambani and Gautam Adani were certainly already quite wealthy. Mukesh Ambani at the time was worth a little less than $20 billion and he was the 40th richest man in the world. Adani was worth was around $7.1 billion. Sizable, by any definition. Fast forward to 2020 and the former is now worth more than $85 billion while the latters net worth stands at $32 billion. The duo made more money in the last 6 years than they had in their entire lives before. A lot of money can be made in a short period of time, there is no trouble there, but the manner in which they made their money deserves some examination.

Ambani’s recent success has much to do with his foray into the telecom sector with the launch of Reliance Jio, in 2016. He took out a full page ad in all the major newspapers in the country, featuring none other than the Prime Minister himself, dressed in a blue waistcoat and a white kurta, matching the colours of the Jio brand.

The launch coincided with the announcement of Modi’s hallmark economic policy, demonetization. At a time when 86% of the country’s fiat currency was rendered valueless, leaving millions cashless, Jio’s marketing strategy was to offer its SIM card and accompanying services completely free of charge for the first 100 days, which soon got extended to more than 200 days. It is the sort of offering that only a multi-billionaire with extraordinary resources can make, and in actuality, was not entirely legal.

The Telecom Regulatory Authority of India (TRAI) has a limitation of 90 days placed on the duration for which a promotional free service can be offered. They allowed Ambani and Jio to go well above this limit because they accepted Jio’s explanation that the first offer (for 100 days) was a ‘Welcome Offer’ and the extension of that offer was actually a second ‘Happy New Year Offer’, making them two distinct promotional deals. TRAI also made a number of curious decisions which unduly benefited Reliance Jio.

For instance, they reduced the interconnection charge (a charge levied upon providers when connecting their customers to the customers of their competitors i.e, Jio to Vodafone) by 50%, which worked against the likes of Airtel and Vodafone and helped Jio.

When Jio was still in its testing phase, TRAI imposed a Rs. 3000 crore fine on its competitors for not providing enough Points of Interconnection (PoI) to Jio. The problem here is that by law, the providers have upto 90 days to make this happen, and yet the fine was imposed well before the 90 day period was up. This borders on harassment, if not being out rightly so. In 2018, Jio’s competitors raised a complaint to TRAI claiming that the provider was engaging in predatory pricing behaviours. The predatory pricing laws only apply to a company with significant market share, which Jio did have at that point. TRAI, in response, changed the definition of what significant market share meant, in such a way that it no longer applied to Jio, allowing it to continue on with its unethical practices.

The undeniable preferential treatment that Jio recieived from TRAI seemingly gave the Modi government good reason to reappoint R S Sharma as the chairman of the regulatory authority for an additional two years, something that had never been done before. 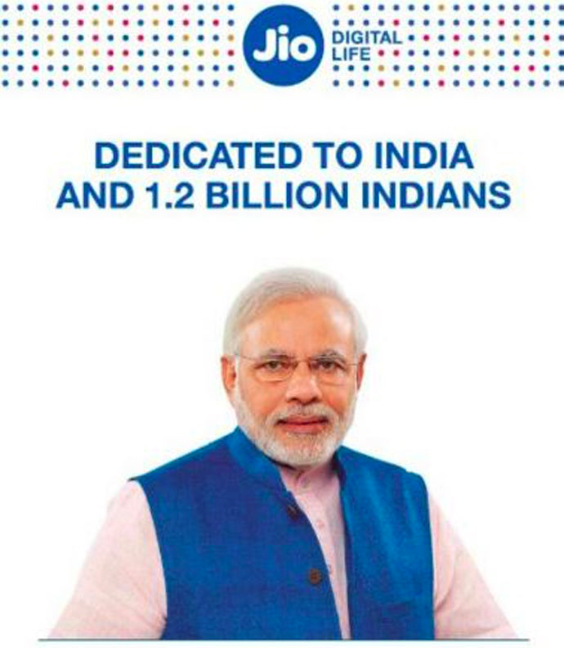 The relationship between Gautam Adani and Narendra Modi appears to be even more intimate than what Ambani shares with the PM. Adani is based out of Ahmedabad in Gujarat, and saw his success grow in the 90s and 2000s, right around the time Modi was in charge of the state. In 2002, amidst the deadly riots that took place in Gujarat, Modi was being attacked and criticised by nearly everyone, including those from his own party, for his disastrous handling of the violence.

Nearly everyone. Gautam Adani swam against the current and formed the ‘Resurgent Group of Gujarat’ with a few other prominent Gujarati businessmen, to rival the 100 or so industrialists belonging to the Confederation of Indian Industry (CII) who were threatening to quit Gujarat and take their business elsewhere as a form of protest. The group formed by Adani would later prove instrumental in creating fanfare over the glorified ‘Gujarat Model’ which was a key campaigning point during the 2014 general elections.

In 2013, when the Wharton Business School at the University of Pennsylvania cancelled Modi’s keynote speech citing objections it had received due to Modi’s questionable past, Adani, in reaction to this, decided to cancel his financial support to the college. Adani also contributed heavily to Modi’s Prime Ministerial candidacy in 2014 financially, and even lended him his own private jet to shuttle Modi around for his campaign trail.

What did Adani receive in return? Well, for starters, in 2012 the UPA government had launched an investigation into the Mundra Project which was being undertaken by the Adani Group and found a number of environmental violations. They ended up fining Adani Rs. 200 crore. The Gujarat government at the time, led by Modi, had opposed the fine, but the UPA went ahead and levied it anyway. However, it later emerged sometime in 2014 or 2015, after the BJP came to power, that the Ministry of Environment, Forest, and Climate Change secretly withdrew the fine.

The BJP has also supported Adani’s mining project in Chattisghar, which again came under scrutiny for trampling on tribal rights. The Forest Rights Act protects the tribals and guarantees them rights to the land that Adani sought to mine. The case of the Tribals was actually upheld by the Ministry of Tribal Affairs at various levels of bureaucracy. The Modi government, however, appointed a new Tribal Affairs Secretary who used his veto power to overturn the decision in what was at the very least a questionable interpretation of the matter. This allowed the Adani Group to go ahead with their project.

There is also a long list of favours that Modi had handed out to Gautam Adani and his companies while he was Chief Minister of Gujarat. The relationship has proven to be mutually beneficial, and the fortunes of both have risen almost simultaneously. 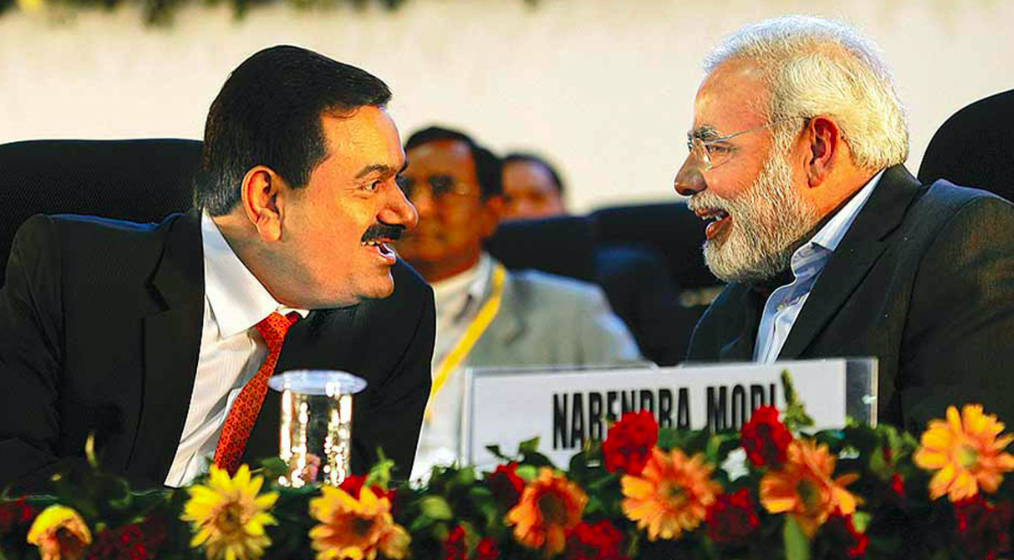 The extent to which the Modi government has gone out of its way to help the two richest men in India begs the question, just how much of their wealth was really earned? There seems to be no real technological innovation or productivity growth achieved by either of the two. Much of the money earned over the last 6 years can be put down to political influence and privileged access to capital. The favouritism shown by a government that prides itself on merit-based success is not only hypocritical, but also downright misleading. Modi campaigned on tackling corruption, but it appears as though that he is merely maintaining the status quo, if not making it worse.

The top 1% now own 39% of India’s wealth. This is more than the top 1% of the US or China own in their respective countries. Inequality is going up while competition in industry is decreasing. Only 36% of Indians are in paid work, and metrics of malnutrition and stunting are actually regressing backwards. Our economics is in shambles.

For feedback, thoughts and views, write to pavan@bclindia.in