How the Dutch have revolutionised farming!

Indian farming is in need of a revolution. Yield per hectare in our country is considerably lower than that of the US, Europe, and China. There are many reasons for this but one such explanation is the lack of improved technology. The ‘Green Revolution’ of the 1960s, when the use of high-yield variety crops, agrochemicals, and controlled irrigation systems became widespread, was the last such instance where the nationwide adoption of new advancements in this field occurred. This is not to say that individual farmers who have access to resources do not develop their own modern techniques. The frequency of such is few and far between, and that is the problem.

On the other side of the world, a small European country made a pledge towards sustainable agriculture. ‘Twice as much food using half as many resources’ was the rallying cry that propelled the Dutch agricultural sector into becoming the second largest exporter of produce after the US when measured in value. They’ve figured out a way to use up to 90% less water when producing key crops, and have almost completely stopped using chemical pesticides on plants. Since 2009 they have managed to cut their use of antibiotics in livestock production by about 60% as well. It almost sounds too good to be true.

How did they manage to do this? The short answer is technological advancements. The Dutch have over the years harnessed the power of AI so as to perfect the art of precision farming. They grow their crops in smart greenhouses where the farms are climate-controlled. Farmers use drones, quad copters, and driver-less tractors to monitor their operations. A farmer can use a small handheld device that will analyse their soils pH level and organic matter and produce a detailed report in less than 10 minutes telling them what the optimum fertilizer use and nutrient needs are.

The success of the Dutch model is exemplified by the fact that they are now the world’s top exporters of tomatoes, potatoes, and onions and they are the second largest exporters of vegetables overall. The fact that they can lay claim to being the largest exporters of tomatoes is particularly impressive, given that the ideal temperature for the germination of a tomato seed lies between 21 and 27 degrees Celsius. One family in particular, who have been named as the world’s most innovative tomato growers, have their vines rooted in fibers spun from chalk and basalt and not soil!

They keep their 36-acre greenhouse complex at optimal temperatures all year-round thanks to the use of geothermal aquifers. Normally, a kilogram of tomatoes would require 16 gallon of water for cultivation, but here on this farm the family is able to manage with a mere 4 gallons. All of it being rainwater as well.

Much of the success that the Dutch have found in their agriculture can be attributed to Wageningen University & Research, which is considered to be the world’s foremost agricultural research institution. The main challenge that the university identifies is that of world hunger. Ernst van den Ende, who is the managing director of the university’s Plant Sciences Group, believes that the world needs to figure out how to produce more food in the next four decades than all farmers in the history of human civilization. This is due to the fact that by 2050, there will be 10 billion people on earth to feed.

The university can be found 50 miles south-east of Amsterdam and is at the center of a region known as ‘Food Valley’. The name, which was chosen upon drawing inspiration from California’s Silicon Valley, represents an expansive region of agricultural startups and experimental food farms. The region is responsible for coming up with innovative solutions that have made the Netherlands the agricultural success that they are. Academics and farmers work together to make this possible. The university itself currently works with 140 countries worldwide to help solve their agricultural issues. They are distinctly aware of the food shortage issues in different parts of the world and this is exemplified by the fact that a significant share of the research activities that occur at the university focus on the problems of the developing world. More than ⅔ of their Ph.D. candidates are recruited abroad, from more than 100 different countries. 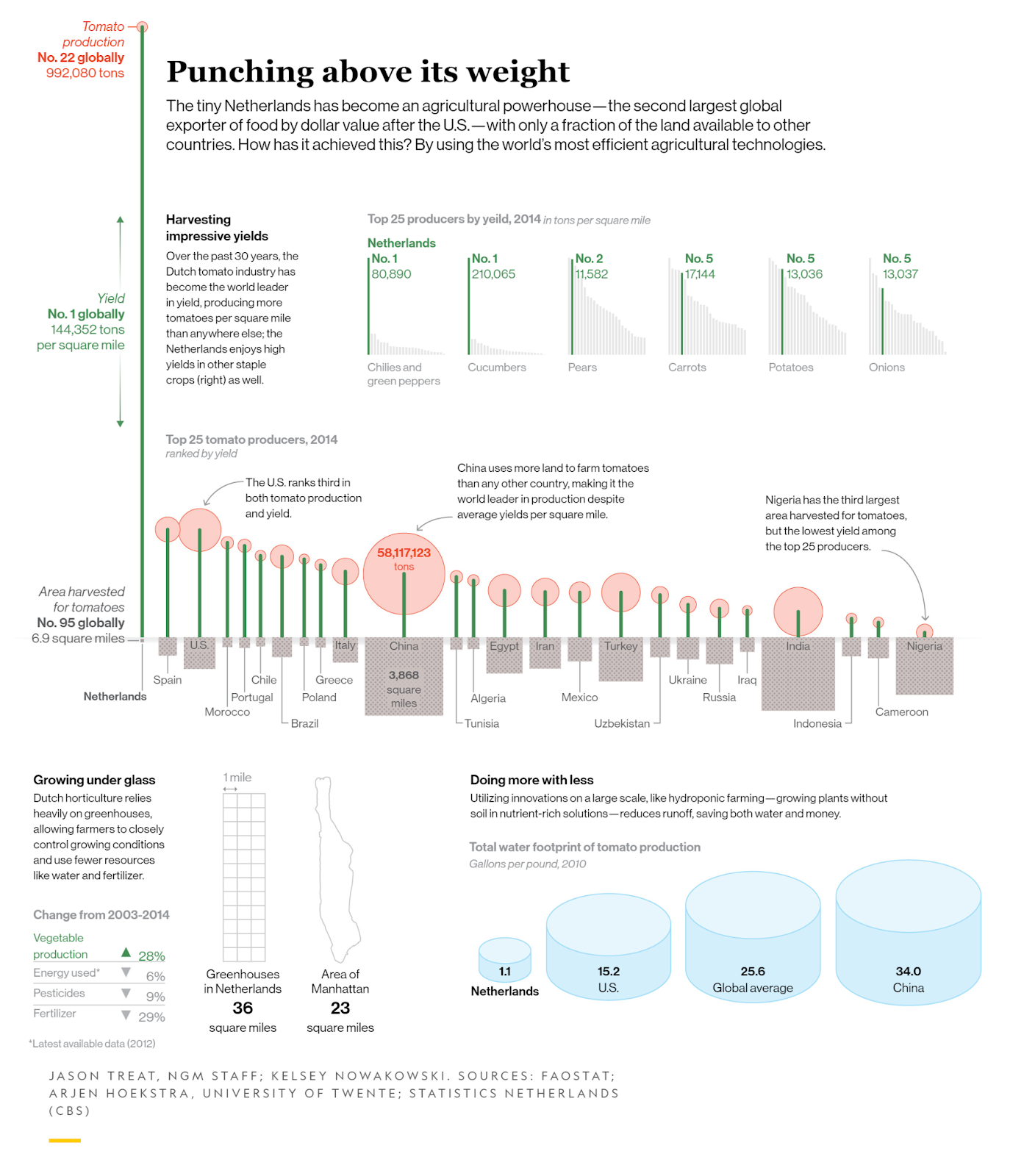 One can’t help but wonder the kind of change that such innovation can bring about in India. The obvious issue is of  course the cost of implementing some of the high-tech solutions that the Dutch have come up with. Yet, even for this issue, they have an answer. In many developing regions, startups from Food Valley have invented medium-tech solutions that are relatively cost-effective. Plastic greenhouses are one such example. They have been found to triple the yields of some crops and would be a stepping stone towards being able to implement more sophisticated practices. How would this work in a country where 85% of farmers own less than 2 hectares of land, however? The obvious solution is to get the government involved, yet, with the passage of the new farm laws in 2020, the government has made its intention to stay out of agriculture clear.

The private sector will have a huge role to play, going forward. The fear is that they will invariably end up taking advantage of the small farmers in an unregulated environment. If the government does not want to play a part itself, it should at least create an environment where a healthy hybrid is formed between private interests and the farmers. One such policy that could be implemented could be a requirement on behalf of the private sector to help farmers implement modern practices. By funding high-tech solutions, businesses could lay claim to a stake in all future produce that the farms produce, or at least until they recuperate their costs. The investments will generate returns going forward thanks to more efficient practices and this will simultaneously make the farmers wealthier thereby increasing their standard of living. Farmers would also be able to retain ownership of the land.

This could be a route towards reducing the number of people employed in agriculture, as with greater financial security, future generations of farmers could look to get involved in the more technical side of the labour force. Given the chunk of the labour force currently working on farms, this would have a very significant effect on the demographic of the national population. A positive one, at that.

Farming in India has largely stagnated over the decades, with only small pockets of improvements found every now and then. There are already firms in the country that are looking at how AI can help the situation with the Dutch showing that this is clearly the route forward. Thus far, the government has failed to modernise agriculture, but since they have now decided to let the private sector in, there is an opportunity for a fresh approach. 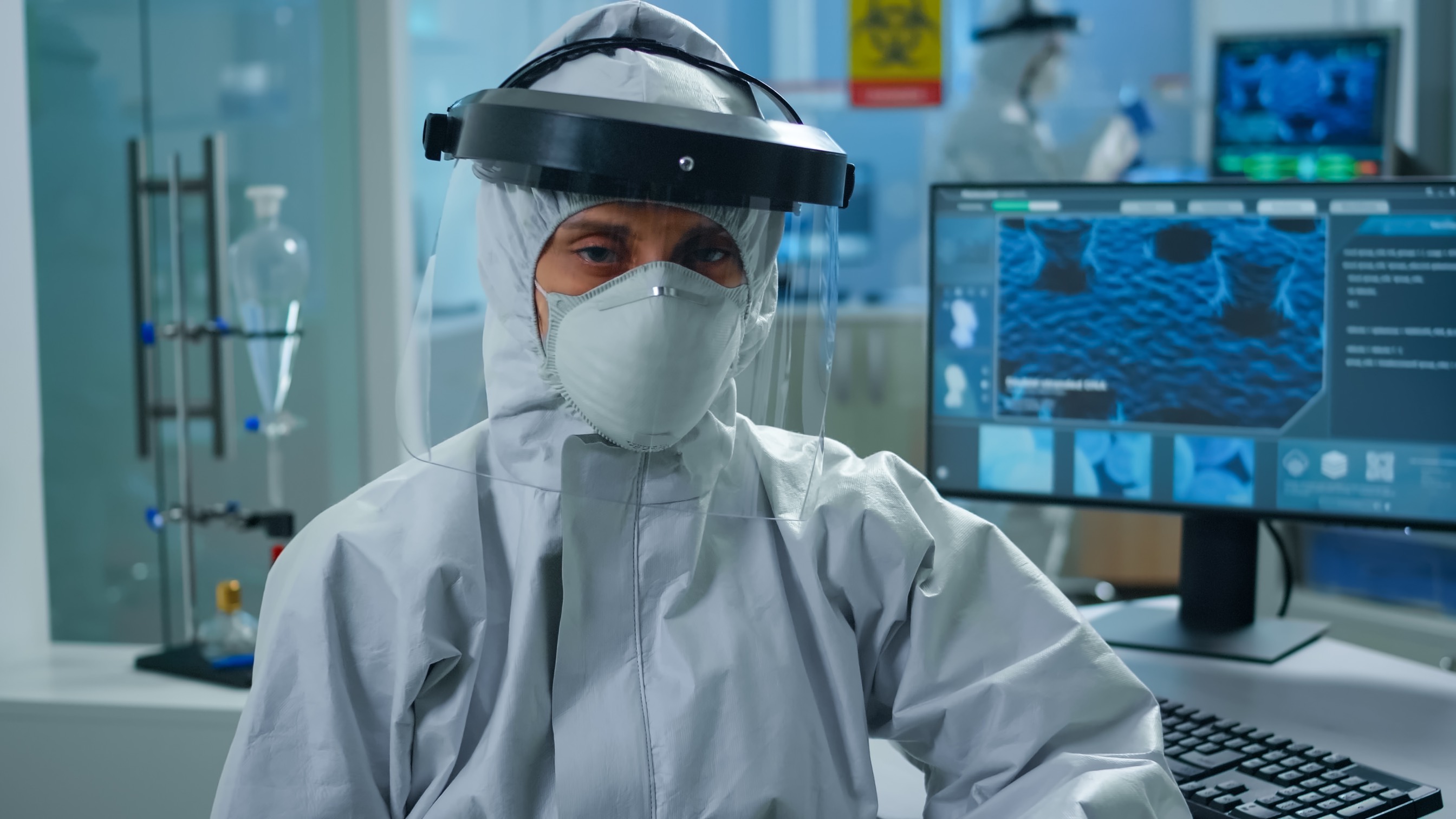 The Pandemic is being Prolonged and Rich Nations are to Blame