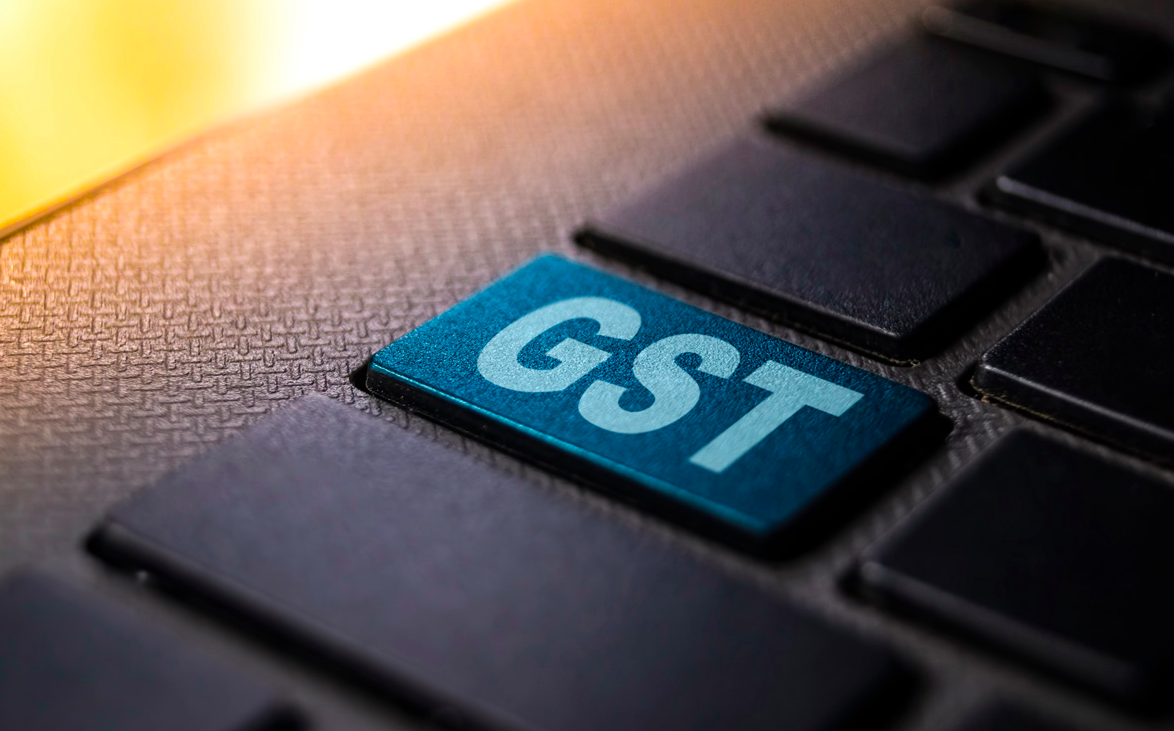 A tussle between the State and Central government is not uncommon news. There have been several occasions in the past when the two pillars of cooperative federalism have come head to head. Arriving at a consensus depends on whether the political party holding the reins at the Centre is the same as or different from the one holding the reins at the State – indeed, the Centre would find the CM of Karnataka more pliable than maybe, the CM of West Bengal or Delhi.

The latest addition to the list of altercations is Compensation Cess. The article tries to explain this mess in simple terms. An attempt is also made to describe what impact it has on you and me, as consumers & citizens.

What is Compensation Cess?

Compensation Cess is part of the GST levy on luxury & ‘sin’ goods. It was created to assuage the fear of State governments losing tax revenue (remember, State governments can no longer levy VAT. It is subsumed within GST). The government levies this cess primarily on Motor Cars (can be up to 25%, in addition to the regular GST rate of 28%), Tobacco products (gutkha, for example, is subject to a cess of nearly 200%! – so much for ‘kadmo me duniya’!) and Aerated drinks (nearly 40% on top of GST). The funds collected in the name of ‘Compensation Cess’ are used to compensate – hence the name – States, for any loss of revenue arising due to implementation of GST (remember this phrase, we will come back to it later).

State governments were assured a year on year growth of 14% on their pre-GST tax collections up to July 2022. 2015-16 was the base year. If there is any shortfall in this growth, the gap would be covered using Compensation Cess. This was the promise of the Central Government in 2017 to the State Governments & one of the crucial reasons why States agreed to give up their right to tax.

I would like to emphasise here that it was not easy for States to give up this right. The fundamental premise is that a State with low tax revenue would not be able to spend that on its people – i.e. you and me. Thus, if the State is not compensated for the shortfall, it directly, impacts us. Infrastructure projects – road, hospitals, education etc. – under the State government’s purview will suffer.

Another point of equal importance is understanding the flow of Compensation Cess payments. Like all central taxes, the Central Government, collects and deposits the sum into the Consolidated Fund of India (think of this as the primary collections account). An amount equal to the Cess collected is then transferred to a designated account under the Public Account of India (think of this as a sub-account meant only for compensation cess). States receive money, bi-monthly, from this Public Account & not directly from the Consolidated Fund. This understanding will come in handy later on.

How the trouble began.

Some states like West Bengal and Delhi, in late 2019, raised concerns about not receiving the Compensation Cess in time. The sums were pending since Aug’19. The Finance Minister, Nirmala Sitharaman, in response to these concerns, made the following comments in the Rajya Sabha on 12 Dec, 2019 – this is an extract of the official debate document 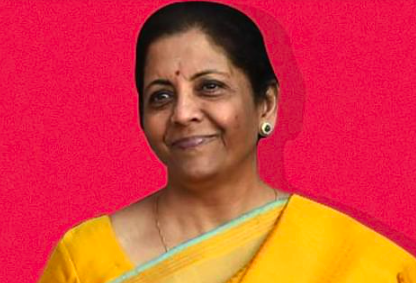 Now, read that again. The Honourable Finance Minister states that the Central government released nearly Rs. 10,000 Crores more than what was received in 2019-20, up to 31 Oct! You may ask, what about the collections being higher than the sums released in 2017-18 & 2018-19? And how is the cess accumulation by the end of 2018-19, 0? I am as clueless as you are! The statement makes as much sense as the Rs. 20 Lakh crore COVID relief package!

The reality, in Dec’19 was that GST collections were not up to the mark. The economy was slowing down. But there was another reason; one, that was identified by the Auditor General and that which makes the claim of the Honourable Finance Minister highly dubious.

The Auditor General reported that the Central government had violated its own law by eating into the share of States! The Centre retained a sum of Rs. Rs 47,272 crore of the GST compensation cess in the Consolidated Fund of India – it never transferred the amount to the Public Account from which the money would flow to States. The Centre, therefore inflated its collections & understated the fiscal deficit! The amount that was rightfully due to the States, was used by the Centre for other purposes!

The numbers presented by the Auditor General make more sense than the claim made by the Honourable Finance Minister. Those interested can read the full report here.

The economic slowdown and the pandemic made matters worse for the States. An indication of how badly compensation cess collection was hit can be gauged by analysing the sale of motor vehicles – a major contributor to cess – since Jan’20. Here is the data on number of units sold from CEIC 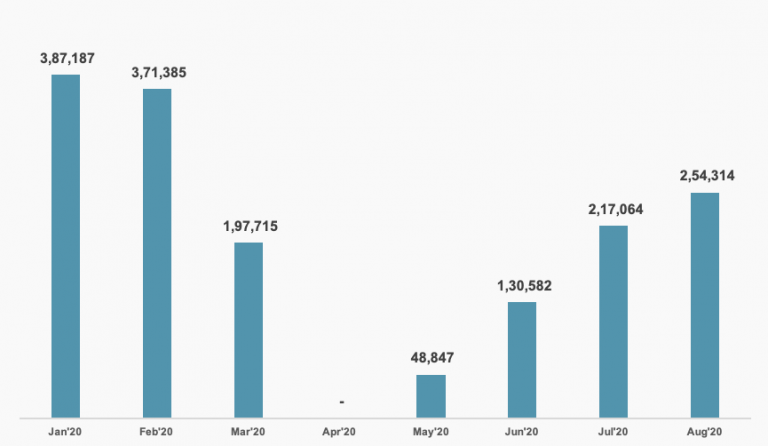 The last time the figure was near 2.5 Lakhs was in 2008! States would neither get the funds in time (the Centre was under financial pressure too) and nor would they be able to raise taxes themselves. They needed the funds now, more than ever, to prevent the healthcare infrastructure from collapsing. Take Karnataka for instance. A State that contributes immensely for the growth of the nation, is now staring at a tax deficit of nearly Rs. 6,000 crores! The deficit hits the State hard, especially given the recent flood crises. Many states are in the same boat.

Matters reached a crescendo in the latest GST Council meetings. The deficit in State taxes had now ballooned to Rs. 2.35 Lakh Crore! The Finance Ministry gave the States two options to cover the deficit,

First, the State could borrow money from the Market. The Centre would repay the principle from the Compensation Cess collected beyond July 2022. However, States would have to bear the burden of interest.

Second, the Centre would create a ‘special window’ and would take over the responsibility of repaying principle and interest. However, it would do so only up to a sum of 97,000 Crores! This is the government’s estimate of shortfall in revenue due to challenges in GST implementation. The balance deficit of Rs. 1.3 Lakh Crore was due to the pandemic, was an Act of God, and did not arise from implementation challenges. Thus, the Centre is not responsible to compensate the State! Incredible, isn’t it!

These options were not acceptable to some of the States. Those governed by the same party at the Centre have gone ahead with one option or the other. The remaining States are planning legal action against the Centre for reengaging its promise. We will get to witness more drama in the coming days.

As much as I would like to empathise with the Central Government’s predicament – it has no money too – I am astonished to read about the manner in which the situation is being handled. This was supposed to be the hour when the Centre and the State would come together to overcome a crisis that we have never seen. Every State is part of India, the composite whole being governed by the Central Government. The State is not an entity foreign to India – it is what makes up India! The Central Government cannot dismiss their problems – it is not ‘their’ headache, it is ‘our’ headache.

A Government that cannot keep its promise cannot expect its people to keep their promises. Any person that earns in India, also promises to pay taxes in India. The promise is implicit – it is the cost of benefits you and I consume in India – She must get Her due share. What will happen if the taxpayer reneges on this promise by pointing to the Almighty. The Central Government is backing away from an explicit assurance under law to the States – this is a dangerous precedent. What if the States back away from their assurance of not levying taxes to fill their empty coffers? Who will ultimately bear this burden?

It does not matter to me, as an ordinary citizen, as to who borrows the money to plug the deficit (as a person of finance however, it makes more sense to me if the Centre borrows – it can prevent interest cost from spiralling upwards; it will undoubtedly affect fiscal deficit, but so will the State’s borrowing). What is important now is that the bickering stops and the haemorrhage is attended to.

The pandemic may have been an Act of God (or a Lab as Trump wants us to believe) – but that shouldn’t’ stop us from handling challenges responsibly. Godspeed.

For views, feedback and thoughts please write to pavan@bclindia.in