By BCL IndiaFebruary 2, 2020 No Comments

The Finance Minister, Ms. Nirmala Sitharaman presented her second budget on 1 Feb 2020. The announcement spooked the markets, tanking the BSE SENSEX by over 900 points. Investors, in general, expected the FM to relax tax on capital gains from sale of securities; the infrastructure & automobile sector expected sops that would boost consumption & the common man hoped for a simpler regime. Has the budget met their expectations? Let’s find out. 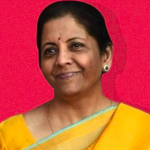 FM Nirmala Sitharaman
Everything that we do, all of us do, is for this beautiful country, Poem by Pandit Dinanath Koul

The Finance Bill offers an option to individual taxpayers. They can take benefit of the new tax slabs (alongside) & forego the following exemptions,

The taxpayer can continue to opt for the ‘old’ regime and avail all exemptions. These have not been withdrawn permanently. Further, if the taxpayer has business income, he can opt out of the scheme only once. Thereafter, he would be ineligible to enter the new regime again

However, this restriction will not apply to those who do not earn business income. There is no change in the rate of cess and surcharge. 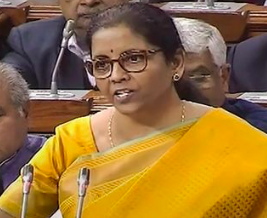 Under the existing provisions of the Income tax Act, when a Company distributes dividend to its shareholders, tax is required to be discharged by the Company on the amount so distributed at an effective rate of 17.647% as Dividend distribution tax (DDT) (without considering the effect of surcharge and education cess). On the other hand, dividend received by the shareholders was exempt.

The Concept of dividend distribution was re-introduced through the Finance Act 2003 w.e.f. FY 2003-04 (AY 2004-05) since it was easier to collect tax at a single point. This system of taxation was regressive since the incidence of tax was not actually on the person in receipt of the income but on the payer (Company distributing profits).

The Finance Ministry has therefore decided to abolish DDT. As a result of this abolition, tax would have to be discharged by the recipient shareholders at the tax rates applicable to them. Consequently, the income received as dividends from Companies and mutual funds, which were earlier exempt will now be subjected to tax if these are received on or after 1st of April 2020.

Illustration: Mr. A is in receipt of Rs. 15 lakhs as dividend for the FY 2020-21. Assuming he has other income of Rs. 10 lakhs and no deductions/exemptions/losses available for offset for the said FY, compute the differential income tax liability arising on account of the removal of DDT.

"... Further, in order to remove the cascading effect, I also propose to allow deduction for the dividend received by holding company from its subsidiary. The removal of DDT will lead to estimated annual revenue forgone of Rs. 25,000 Crore. This is another bold move which will further make India an attractive destination for investment." 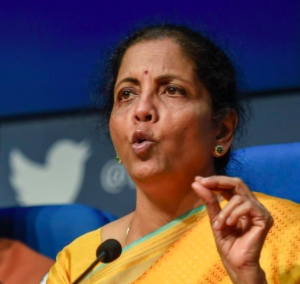 The Budget has brought about some relief for employees of eligible startups, i.e. only covered under Section 80-IAC (& not the ones generally recognised by DPIIT) by deferring the point of taxation.

By virtue of the amendment, tax is required to be deducted/paid within 14 days from:

Sec. 80-IAC has been aligned to the latest recognition norms for startups, i.e. benefit to extend to 3 out of 10 years from date of incorporation & a turnover limit of Rs. 100 Crores.

"Start-ups have emerged as engines of growth for our economy. Over the past year, our Government has taken several measures to hand- hold them and support their growth. During their formative years, Start-ups generally use Employee Stock Option Plan (ESOP) to attract and retain highly talented employees. ESOP is a significant component of compensation for these employees."

The finance bill has come up with a ceiling limit on contribution to NPS, RPF and superannuation fund to Rs.7.5 Lakh and any contribution over and above the limit would be taxable in the hands of employee as salary. Further any annual accretion by way of interest, dividend or any other income to the credit of the scheme or fund may be treated as perquisite to the extent it relates to employer contribution

Safe Harbour Rules (SHR) provide a window for the taxpayers to declare prescribed margins without the fear of being questioned by the tax authorities. The rule was inserted to reduce the number of transfer pricing audits and prolonged disputes in the case of relatively smaller assessees.

Foreign Companies having presence in India in form of Permanent Establishments (PEs), could not avail this benefit. The tax authorities had wide powers to determine profits earned by these PEs. This lead to litigation. The budget, this year, has expanded the scope of Safe Harbour rules allowing foreign companies to attribute profits to their PEs. This inclusion shall lead to more certainty and should hopefully reduce litigations with respect to the attribution of income to such PE’s.

When a Person of Indian Origin or a Citizen of India domiciled outside India, comes on a visit to India during the financial year, he will qualify as a ‘Resident’ of India if he stays in India for a more than 182 days.

The Income tax department has noticed few cases where  individuals who are actually carrying our substantial economic activities in India, manage their period of stay outside India, so as to qualify as a non-resident in perpetuity. They are thus, not required to declare their global income in India. There are also cases where Individuals arrange their economic affairs in such a manner that they are not liable to pay tax in any country or jurisdiction during a year. Such arrangements are usually resorted to by High Networth Individuals to avoid payment of tax.

With a view to mitigate such practices, the following changes have been made in Section 6 of the Income tax Act. The changes made in this connection are as under:

Conditions of recognition as Resident – Not Ordinarily Resident have been relaxed as well. The revised rule will only require being non-resident in India for 7 out of 10 years.

Government has recently introduced e-assessment scheme for scrutinising tax returns avoiding personal interface between the taxpayer and department officials. This facility is  now being extended to filing e-appeals before the tax authorities to ensure efficiency, transparency, and accountability.

Non-residents receiving income in the form of royalty or fee for technical services (FTS) from Indian concern or Government on which tax has been deducted need not file tax returns. This benefit is presently available only to non-residents earning income in the form of interest or dividend income. This benefit shall be available only if such FTS income is not attributable to Permanent establishment of the non-resident.

Limit to get books audited under tax law has been enhanced from Rs. 100 lakhs to Rs. 500 lakhs. This benefit shall be available only if,

Due date of filing income tax return & tax audit report has been extended to 31st October.

"... Taxpayers in whose cases appeals are pending at any level can benefit from this scheme. I hope that taxpayers will make use of this opportunity to get relief from vexatious litigation process." 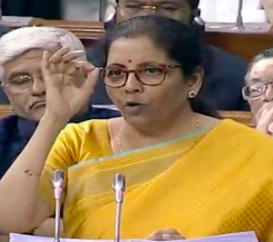 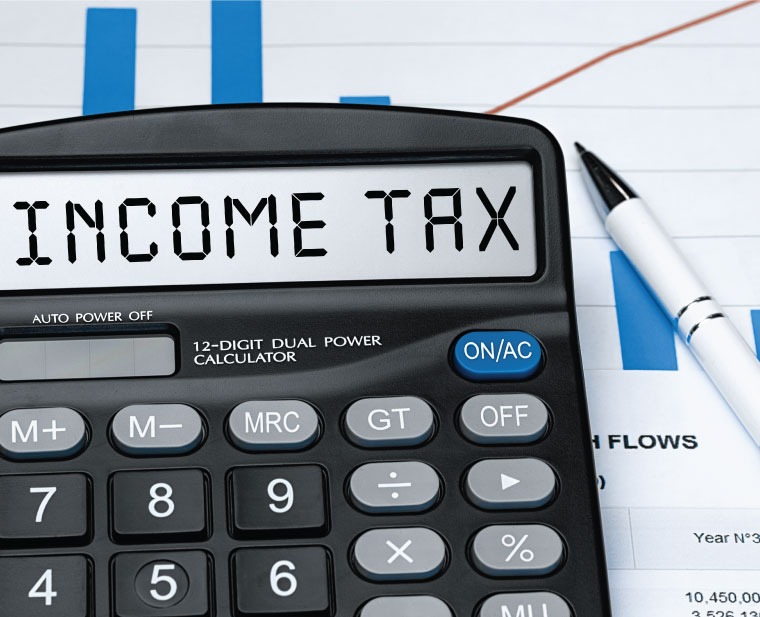