We are all well aware of the fact that the pandemic has severely affected economic growth over the last one year. Vulnerable businesses have had to shut down, unemployment has gone up, and consumer demand has decreased. This is a mere snapshot of events. A complex global economy like the one that currently exists is only able to function because of a number of different pieces that come together which then ensure that operations run smoothly. These pieces often go unnoticed because they operate in the background, and are by themselves not all that very glamorous. We are alluding to, of course, the logistics industry.

Logistics form the backbone of globalization. The primary mode of transport for goods across the world is shipping, because it is still the cheapest option. The large containers that we see carry within them any and all kinds of goods, from LED TVs to sports equipment to cooking utensils and so on. The pandemic has brought a serious halt to operations within shipping due to the shortage of workers. What this means is that the number of ships that would be sailing has decreased due to a shortage of sailors, and of the ones that are at sea, many are stuck in floating traffic jams due to the shortage of dockworkers. There aren’t enough people to help unload, and there aren’t enough truck drivers to then transport the goods to their final locations. 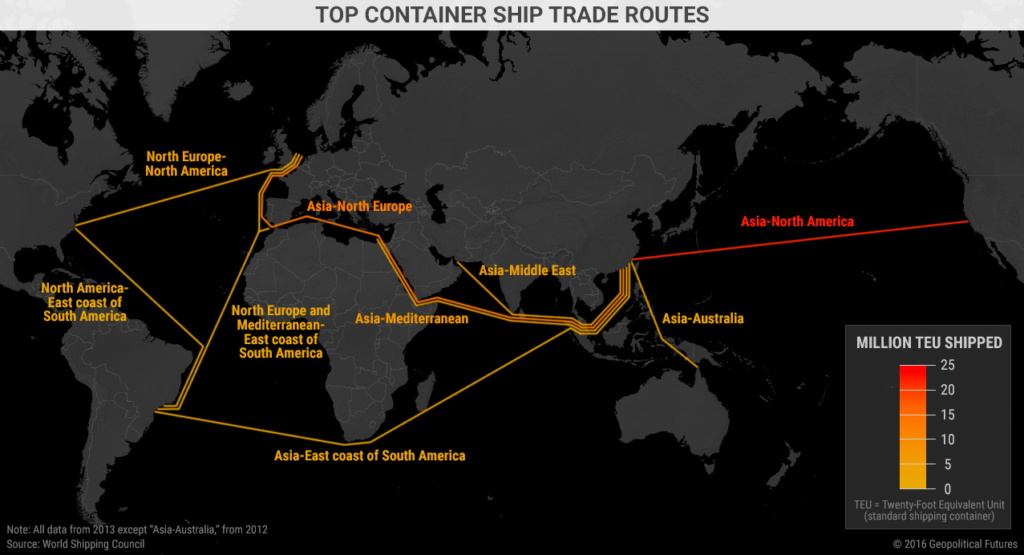 While consumer demand has gone down, it is still higher than the availability of shipping containers in the world at this moment in time. This means that there are a number of businesses across the globe struggling to execute orders and as such finding it difficult to stay open. Rice exporters in Thailand, Vietnam, and Cambodia are being forced to forego shipments to North America. Due to the shortage of vessels, shipping companies have decided to concentrate on the most popular routes which are the ones that link North America and Europe to Asia. A number of ships that transported masks to South America and Africa during the early weeks of the pandemic are still stuck there as a result.

With fewer ships to transport goods, the costs associated with doing so will naturally go up. As a consequence, the prices that consumers will have to pay in the end also increases. So the grains and soybeans that are being transported from North America will cost more for the Asians who are the target customers. Scoular is one of the largest agricultural exporters from the US, and they generally load their grain and soybeans into containers at places like Chicago and Kansas City, from where the goods are transported by rail to ports near the Pacific.

In Asia, the prices that people are paying for containers are higher, so shipping companies oftentimes do not even wait for the containers loaded by Scoular to reach them and simply head back from California across the Pacific and back to Asia, leaving Scoular to deal with the problem. They then have to redo their customs forms because they now have to find a different vessel to transport the goods which causes a further delay by itself.

One company based in New York manufacturers goods such as umbrellas, bags, and ceramics in factories in China. It used to pay about $2500 per shipment but that price has now gone up to between $6000 and $7000. They also find themselves waiting up to 90 days to just confirm a container on a ship for their goods. The shipping companies themselves, however, are doing quite well despite all that is going on. Maersk, a Danish shipping company which is one of the largest in the world made more than $2.7 billion in pretax earnings during the last three months of 2020.

Governments have taken notice and have started to act. The Government of India has instructed the Indian Railways to transport empty boxes from ports to inland depots like Delhi for free. It is also offering a discount of 25% for moving empty containers along certain routes, and is currently discussing whether this offer should be extended beyond March.

The South Koreans have deployed nine extra ships along the Trans-Pacific route to help its local exporters and the Chinese have converted at least one freshly built paper and pulp carrier to transport containers. The UTLC Eurasian Rail Alliance, formed by the railways of Russia, Kazakhstan, and Belarus, has also reduced its tariffs for transporting empty containers between Europe and China in an effort to increase the number of containers to be loaded in China.

This sort of government intervention seems only possible in Asia where States have a greater involvement in shipping due to their direct equity holdings in the companies, ports, shipyards, and so on. It is also coinciding with the rebound of exports that we have recently seen, especially here in India. This is in spite of the fact that there continue to be floating traffic jams at the ports of Los Angeles, Long Beach, New York, etc.

Experts believe that the best way out of this is to quickly and effectively administer vaccines. This will increase labour capacity which will in turn increase the number of ships at sail, along with the efficiency of unloading these ships at the various docks. Vaccination programs are well under way in countries like India, the US, China, and many others, but until then businesses will continue to suffer. How many can hold out in the meantime remains to be seen.